It’s funny to think about how I first got involved with Trout Unlimited. It wasn’t on a beautiful brook trout stream in the mountains of western Maryland or a meandering limestone creek in the valleys of Southern Pennsylvania. It was sight fishing for carp on the muddy waters of the C&O Canal just outside of Washington DC.

I had heard of Trout Unlimited, being given a free one year membership when I took an Introduction to Fly Fishing course a few years earlier. But I hadn’t thought much about the organization, or what it did. Like many things about the simultaneously small yet huge world of fly-fishing, it remained in the background of my own angling experience.

But standing on the tow path, working my way up towards my car in the fading twilight of a muggy summer evening, I ran into a young “trout bum” who worked for TU by the name of Rob Shane. We exchanged numbers and over the course of the next few months, traded texts, followed each other over social media and even went fishing a time or two.

As I got more experience and gained interest in fly-fishing, and particularly in trout, my interest in the environments in which these salmonids lived grew. The more that I learned, the more I realized the pressing truth that these beautiful fish that we pursue with hooks, fur and feathers are far from guaranteed to be there with us in the future.

In my home state of Maryland, we have gone from 14,000 miles of habitat supporting native brook trout and wild brown trout, down to less than 800, a loss of almost 95%. This number is more than just a stat, fixed in time, it’s indicative of a trend line. A trend in which those streams that remain are possibly living on borrowed time.

The reality is that without Trout Unlimited and our partner organizations, and the efforts of some of the great conservationists who have worked so hard in my home state, that number may be less than half of the 800 miles that remain.

But TU’s future at the grassroots level, much like the trout we fight to protect, sits at a tenuous crossroads.

When this realization hit me, Rob was there to help guide me towards where I am today, a diehard conservationist and lifetime TU member, volunteer and grassroots leader. I became my chapter president at 26, and while it has come with its share of ups and downs, I couldn’t be more grateful that I’ve had the privilege of taking this ride.

But the reality remains. If TU is to continue to not only survive, but thrive, in the future, the next generation of anglers has to step up. Conservation doesn’t just happen. It takes dedicated, concerted effort, year in, year out.

I just got married this past weekend and have been giving a great deal of thought to the future that I want for myself, my wife and our future family. Fly-Fishing, and Trout Unlimited definitely plays a significant part in that equation. A future without trout streams is one robbed of many small miracles. As I have said to my now wife, at least a hundred times, much to her growing annoyance, “A trout stream is a piece of heaven”.

This film is part of my chapter’s efforts to help ensure that the next generation gets involved. But its name was chosen for a specific reason. It’s important for us all to stand up for wild places like Bristol Bay, the Smith River, and the Everglades. But it’s also important to remember that wild places sit just outside your door. Fish Local, Shop Local, Conserve Local. The time is now, the need is great, and TU Grassroots needs you. Get involved today.

Written by Andrew Reichardt; President of the National Capital Chapter of Trout Unlimited and the Vice-Chair (elect) of the Mid-Atlantic Council of TU.

To become a member of Trout Unlimited visit https://www.tu.org 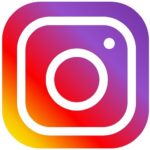 Subscribe today and receive North America’s premiere fly fishing magazine, PLUS save up to 40% AND get FREE trout flies!
Subscribe