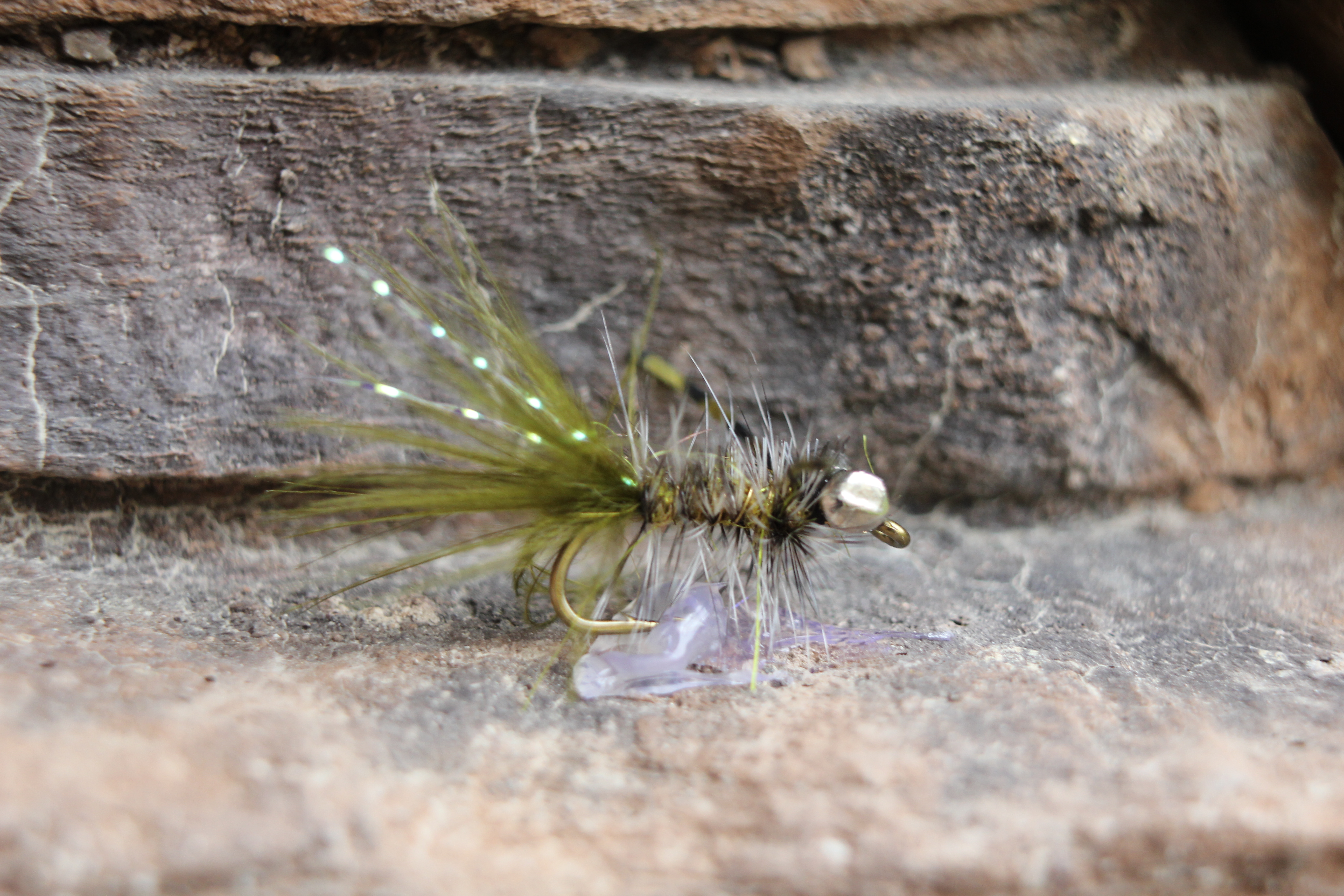 This past spring and early summer I fished many streams that were loaded with small brook trout. Unlike many anglers, I really enjoy fishing for brookies as I believe they are the most beautiful trout and can be caught when the more cagy brown and rainbow trout are not cooperating. Most of the streams that I fished exhibited two main properties: they had a lot of woody “trash” on the bottom which made nymphing with an indicator tough, and had few if any fish rising. The best strategy was to carefully flip a relatively heavy fly near a likely spot and strip it in. I fished an especially pretty little creek in late July ,and an Olive Brookie Wart in size 12 worked very well. Most of the brookies were six to ten inches long and could easily ambush and inhale this little streamer. I also had good luck in several other small streams for browns, brookies, and even a few bull trout and whitefish.

The Brookie Wart is very simple to tie if you can get your head around how tiny it is. Use a 2X long nymph hook in sizes 10 or 12 and tie in some micro lead eyes at the head. Then take some Wooley Bugger Marabou and make a tail about the length of the hook shank. Next tie in some hackle and rubber legs right behind the lead eyes. Then dub the body with Light Peacock Arizona Dubbing and wrap the hackle toward the bend as the wire is wrapped forward to secure the hackle. If you are fishing this fly in deeper water you may want to wrap the front half of the body with lead so it will get near the bottom.