When it comes to green tourism and environmental sustainability, Turneffe Flats has long been one of the Caribbean’s most innovative fishing and diving resorts.  “Recently, we fired up our new off-grid solar system with 288 solar panels providing approximately 80% of our energy needs,” says founder and owner Craig Hayes.

Hayes estimates “the new system will replace 17,000 gallons of diesel fuel each year, and at $5 per gallon, this will result in substantial savings.  Recent improvements in solar technology, along with lower costs, finally made our project economically feasible.  When we started looking at this, the payback was around 20 years and now it’s closer to 10 years,” he notes.  “In addition to being the right thing to do, replacing diesel with the sun also makes good economic sense.”

More than 10 years in the making, Turneffe Flats’ new solar-powered system is believed to be the largest off-grid solar system in the Caribbean allowing the fishing, diving and ecotourism resort to greatly reduce its dependence on diesel-power.  Located 30 miles from mainland Belize, the system is capable of producing 100 kilowatts of power, providing enough energy to operate the entire resort.

The solar system was designed and installed by Idaho-based Gietzen Electric. In addition to high-tech equipment, the project required a new electrical grid and new facilities for the solar equipment project. With the system fully operational, Gietzen’s engineers can now monitor it online from more than 3,000 miles away.

“Turneffe Flats has tried to set standards for environmental stewardship and sustainability while providing top-level guest services,” says Hayes.  “We have focused on providing an exceptional guest experience while having the least possible impact on our environment. Our new energy system is part of a long-term effort to lower our carbon footprint.” 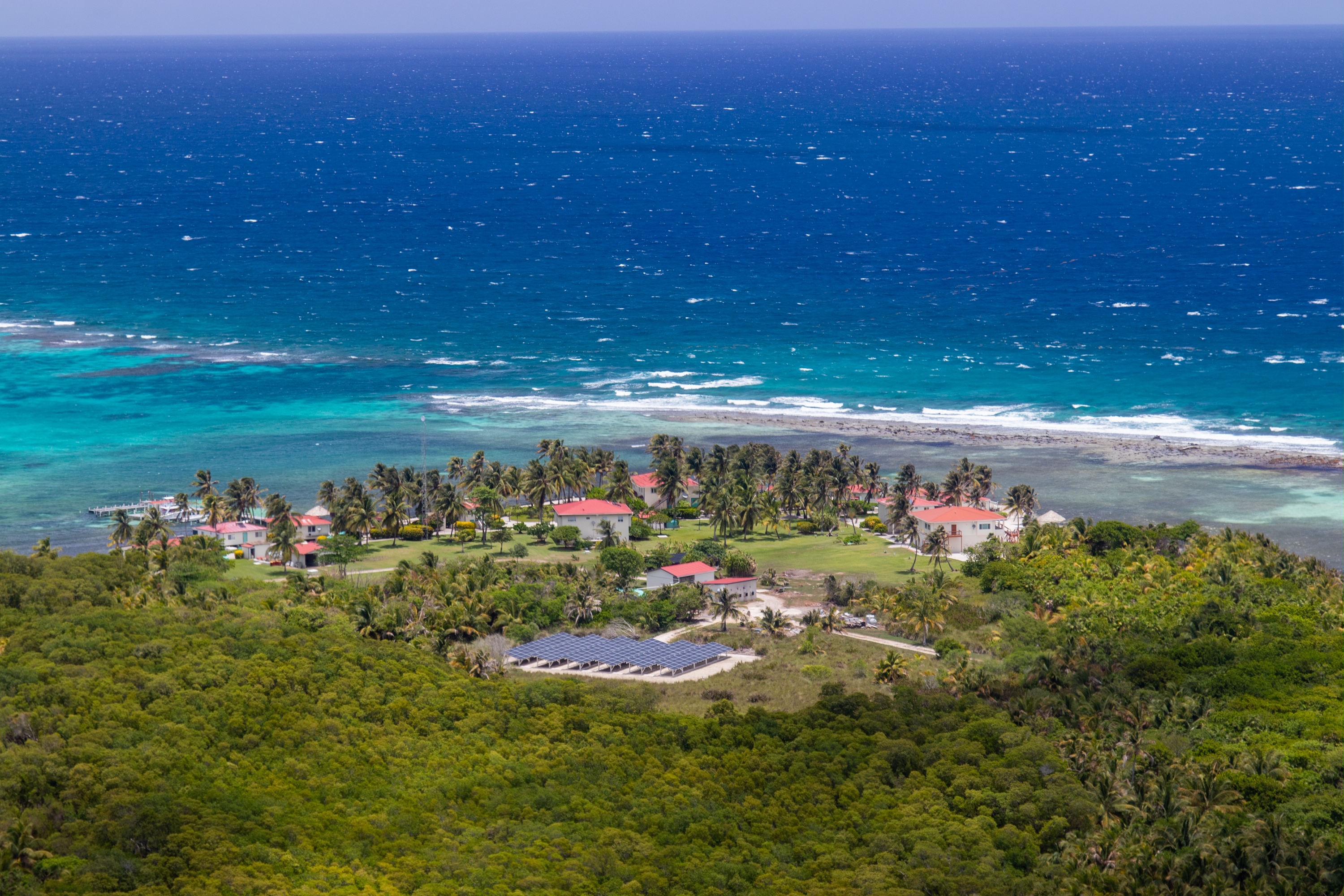