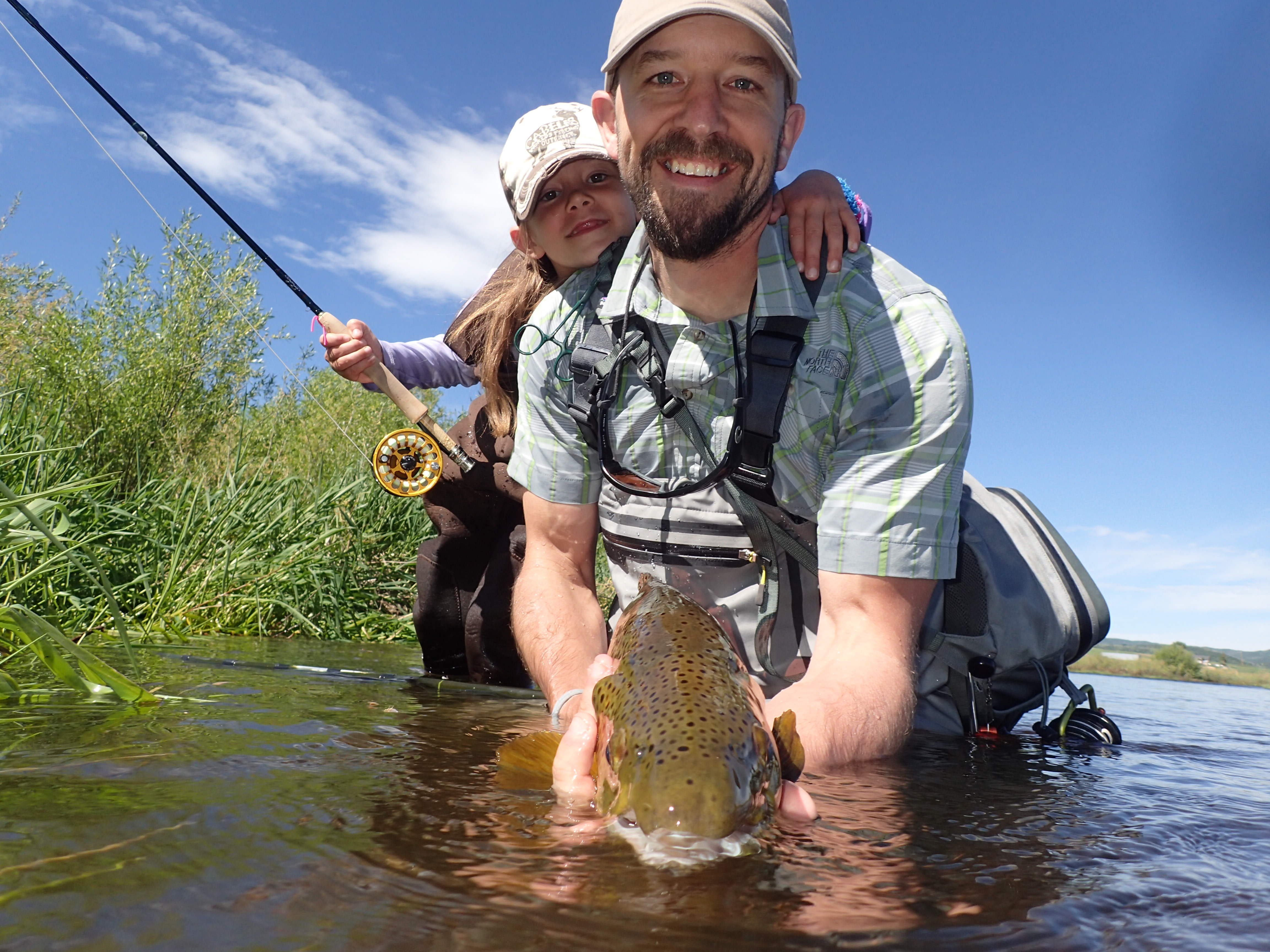 Maybe not as important as type of government or healthcare but at times equally disparate can be the debate over fly-line tapers. What is most interesting is the evolution of two diverging schools of thought on fly-line tapers. As they have diverged, they have come together in conclusion, but not in how they arrived at the conclusion.

On any subject there can be two opposing sides and these sides can become extreme. It seems lately that this is especially true in the political landscape. Have you noticed that opposing sides often end up reaching nearly the same conclusion but for different reasons? Often this disparity can be from a lack of information, or at least a gap in how the information is viewed and processed. Over time the gap grows and the ends migrate apart but the more they migrate the more they become indistinguishable from one another.

Maybe not as important as type of government or healthcare but at times equally disparate can be the debate over fly-line tapers. What is most interesting is the evolution of two diverging schools of thought on fly-line tapers. As they have diverged, they have come together in conclusion, but not in how they arrived at the conclusion.

Fly lines are made up of tapered components that help transfer the energy and turn over the fly. The tapered segments are the front taper, belly and rear taper, which make up the head of the line. Each of these has a specific function and can be modified for a specific purpose. The rear taper transitions energy to the belly of the fly line and helps turn it over. The belly holds the energy and its larger diameter gives a lower cross-sectional density and better floatation. The longer the belly the longer the turnover time. The front taper transfers and dissipates energy from the belly to the leader and determines how the fly is presented. A short, fast front taper transfers energy more quickly. A double taper (DT) line is a line that has a taper at both ends and is mostly level in between. Their average length is around 90 feet. Having the same taper at both ends – usually less than eight feet – and a uniform diameter in the middle means a potentially long turnover time. Going back in history, many of the fly lines sold were double tapers. And before that there were level lines, with no taper at all. As you may imagine a fly line that has no taper has little to no change in energy and presents a fly poorly.

As fly-line development progressed the number of weight forward (WF) lines increased. Weight forward lines typically have a shorter head length and a more aggressive taper profile that results in a more rapid change in energy. What may seem counterintuitive is that these lines don’t weigh more than a DT. Fly lines have a standard weight for the first 30 feet that all lines, whether sinking, floating WF, or DT must meet. So the first 30 feet of all 5-weight lines must weigh the same amount, regardless of these variables in density and taper. The taper profile and the shorter total head length of a WF make it feel as though there is more weight.

During the early 1950s the first technique-specific fly lines were created. Since this time we have seen an explosion of weight-forward tapers. Many weight-forward tapers started with shorter heads to turn over big bugs, but over time these tapers have gotten longer and longer, or shorter and shorter. The longer head-length lines now have full head-lengths near 80 feet, while many of the shorter head-length lines are closer to 30 feet or even less. The longer head-length WF lines have very long front tapers, with extended bellies and long rear tapers. For example, the Scientific Angler trout line has a total head length of 68 feet in a 5-weight with an 8-foot front taper, a 30-foot belly, and a 30-foot rear taper.

So fly lines have evolved from the origination of the level line to the DT, then to the WF, and then to variations in the WF. As the WF itself evolved, the tapers went from short to more and more extreme. The extreme tapers of WF eventually merged to become longer and longer and more and more like the DTs. As with most things this is most evident in extreme circumstances, such as distance casting. With a total head length of 80 feet for a WF or 80 feet for a DT… what is the practical difference?

Muddling the picture further is an interesting underground belief that for extreme distance the DT is as good a choice as the long-head WF.

All of this is to say that fly lines have changed dramatically. And why not? With the relative ease of using plastics (fly line coatings being made of PVC or Polyurethane) the number of tapers exploded and the limits were tested. Every type of fishing now has its own line, and we have short head-length lines, underweight competition lines, overweighted lines and long-head lines. But, let’s refocus on what a fly line is meant to do. The job of the fly line is to make presenting the fly to the fish easier and more efficient. And in most every case they do just that. But, is there a noticeable and effective difference between a 35-foot head and a 40-foot head? Would a caster notice the difference between a 6- and 7-foot front taper? Maybe, but I contend that the explosion of fly lines has muted the importance of casting and in general small variations are imperceptible by most casters.

In our world of looking for the “easy button,” some people have come to think of the fly line as a quick and less expensive solution to a casting or fishing challenge. A special-purpose line can become a reason for not practicing casting. I don’t mean to diminish the importance of a well-designed fly line. A short head-length, fast-front-taper fly line meant for presenting streamers can make that unwieldy lead-eye fly a presentable fish catching tool. But, a different fly line isn’t required for every fishing situation.

While I don’t take to the recent trend of oversimplification I do have some simple recommendations. First, learn to cast. Then practice casting. Make it an art. Don’t blame your equipment. Good fly casting and an understanding of casting wins every time. Second, choose the right tool for the right job. Know your fishing situation and what type of line and rod are best for those circumstances. And, finally, categorize. Instead of attempting to select a fly line for every situation, create categories of fly lines that make sense for your fishing. You might have just two categories: streamer/nymphing, and presentation. The characteristics of these fishing situations are different enough that equipment differences are meaningful.

If you know how to cast and have less equipment to lug around you will be more effective and efficient. Don’t misunderstand, I’m an equipment junkie and some of this may come from the frustrations of a recent eight-hour day spent trying to organize the fly-fishing gear in my garage. But, there is something to be said for the simplicity of the past. Maybe you want to tap into our roots and try a DT fly line. It could surprise you. At the very least it might make for a pleasant day on the water.