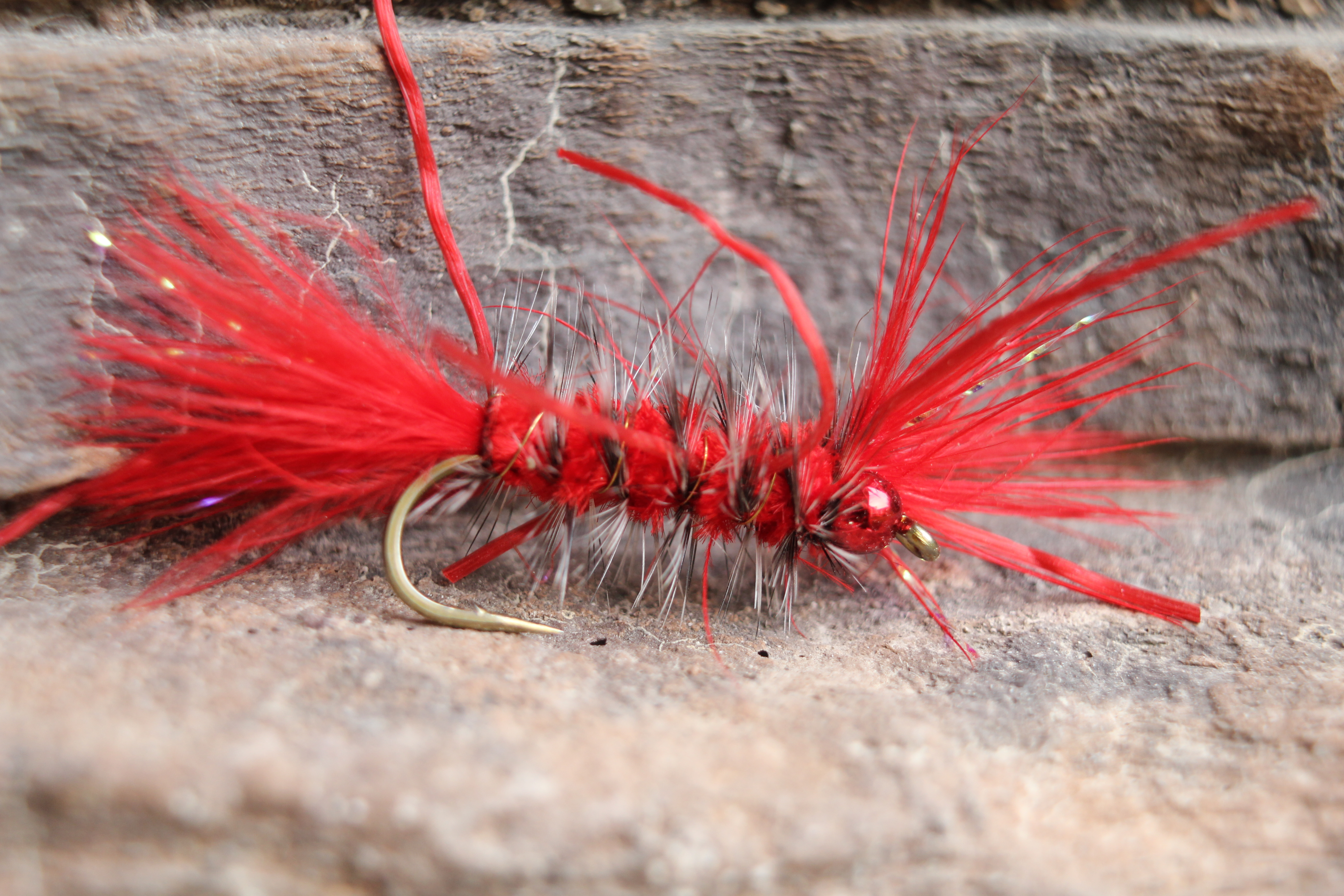 I have always been a big fan of both Woolly Buggers and San Juan Worms so a couple years ago I came up with the idea of combining them to create one interesting pattern. This fly has great action as it utilizes both marabou and squiggly or rubber legs. I tie it in sizes 8 to 12 and fish it either under an indicator or flipped and jigged in a pool or riffle.  The Bugger Worm in size 8 proved to be deadly on the Crowsnest River this past July fished in tandem with an Evil Weevil or Hare’s Ear Nymph. I also experimented in a few tiny creeks in runs that were less than six feet wide. The key was finding a suitable pool, tossing this fly in and jigging it with the rod tip. I used a size 10 in this case and made quick short roll casts into several pools and riffles. Dozens of brookies between seven and fourteen-inches long inhaled this little streamer. I also made a cast in a pool right under a bridge and hooked and lost a fish much larger. The fly also fooled a 20-inch brown on a much larger river.

Unlike the Woolly Bugger, which has a marabou tail at the rear of the hook, this fly has marabou at the head of the fly as well as at the back. I tie this pattern in red or maroon as these are the most realistic worm colours. Start by putting a bead on a 3X long streamer hook and coating the entire length with lead to make certain the fly sinks. Then tie in the red marabou and legs at the head and bend of the hook. Tie in a length of red wire and chenille over the back half of the hook shank to be wrapped forward later. The next two steps are to tie in some red Uniflexx  in the middle of the hook shank, and marabou, red Uniflexx, and grizzly hackle behind the bead. Then wrap the chenille forward while making sure the legs stay in position in the middle of the body. Wrap the hackle firmly and carefully toward the back of the hook shank. Wrap the wire forward in order to secure both the chenille and hackle.

Head: Bead, colour of your choice