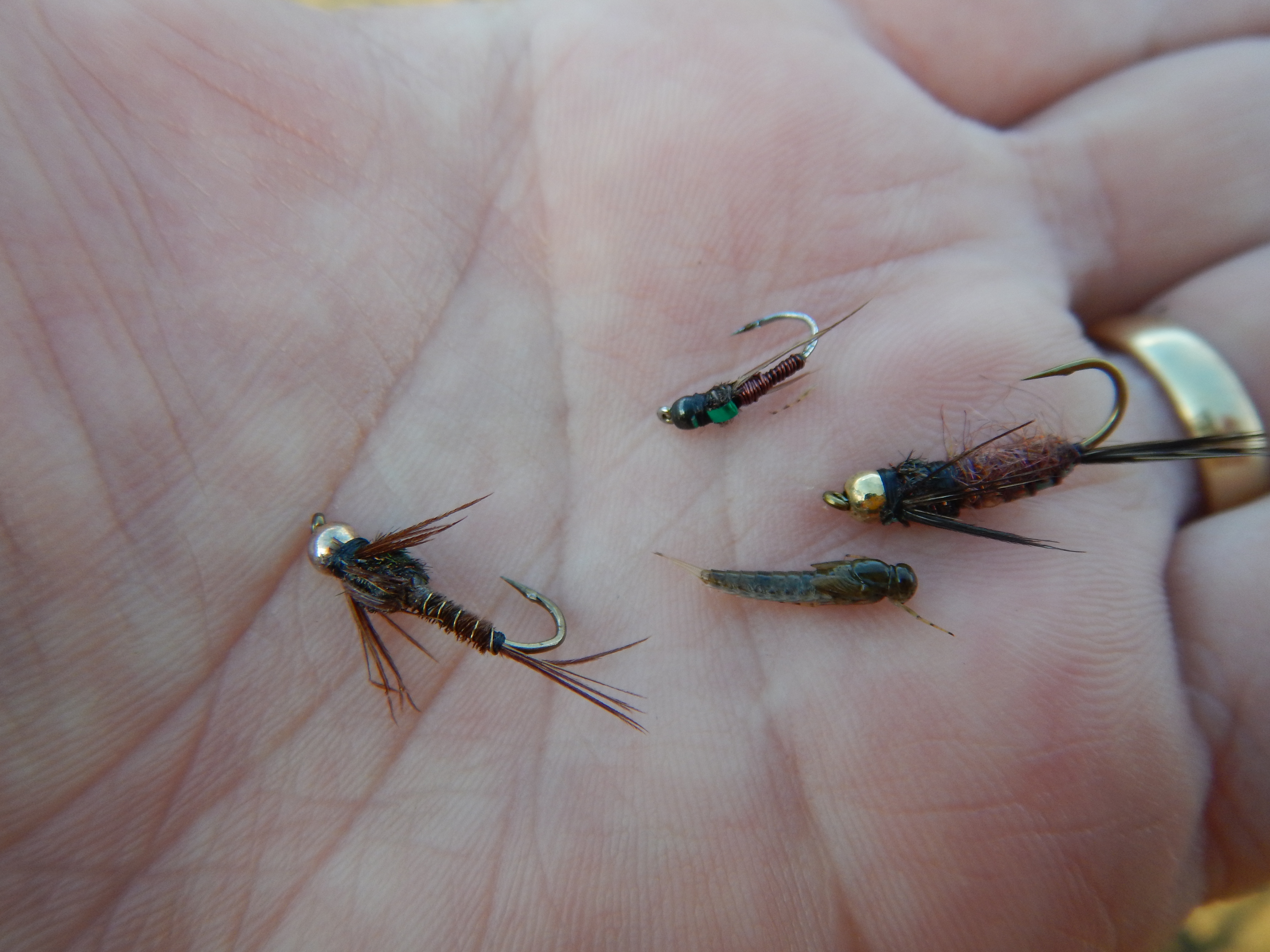 Mayflies make up a major portion of the small nymphs trout feed on and they become prey in a number of situations. Trout feed opportunistically on struggling nymphs that are swept downstream by fast water. Mayfly nymphs also exhibit a behaviour called dispersal drifts, when they let go of the river bottom en masse and drift downstream to find new habitat. These migrations peak in early morning and early evening, increasing their exposure to trout during those times. Nymphs are also susceptible when emerging, as many species swim to the surface to emerge.

Mayfly nymphs occupy a wide variety of habitats and water-types including riffles, runs, back-eddies and pools. In streams mayfly nymphs have adapted to either cling or crawl among the rocks, or to swim and dart from rock to rock in the fast current.

Clinger and crawler nymphs tend to occupy faster water in riffles and runs. These nymphs are flat, stout and wide so that they can cling to and live among rocks without easily being swept away. Effective fly patterns imitating these nymphs should have the same wide and stout profile, and should be heavily weighted. This shape is convenient for fly tiers as it allows for the inclusion of over-sized beads and lead wire to help these flies sink faster.

Swimming mayfly nymphs, such as those belonging to the Baetidae family, inhabit both fast and slow water. Nymph imitations of these should be slender, which means there isn’t room for a lot of weight to be added. However, you can cheat a bit and use oversized bead-heads with slim bodies, or the very popular Perdigon Nymph. To fish these flies effectively, focus on slower runs.