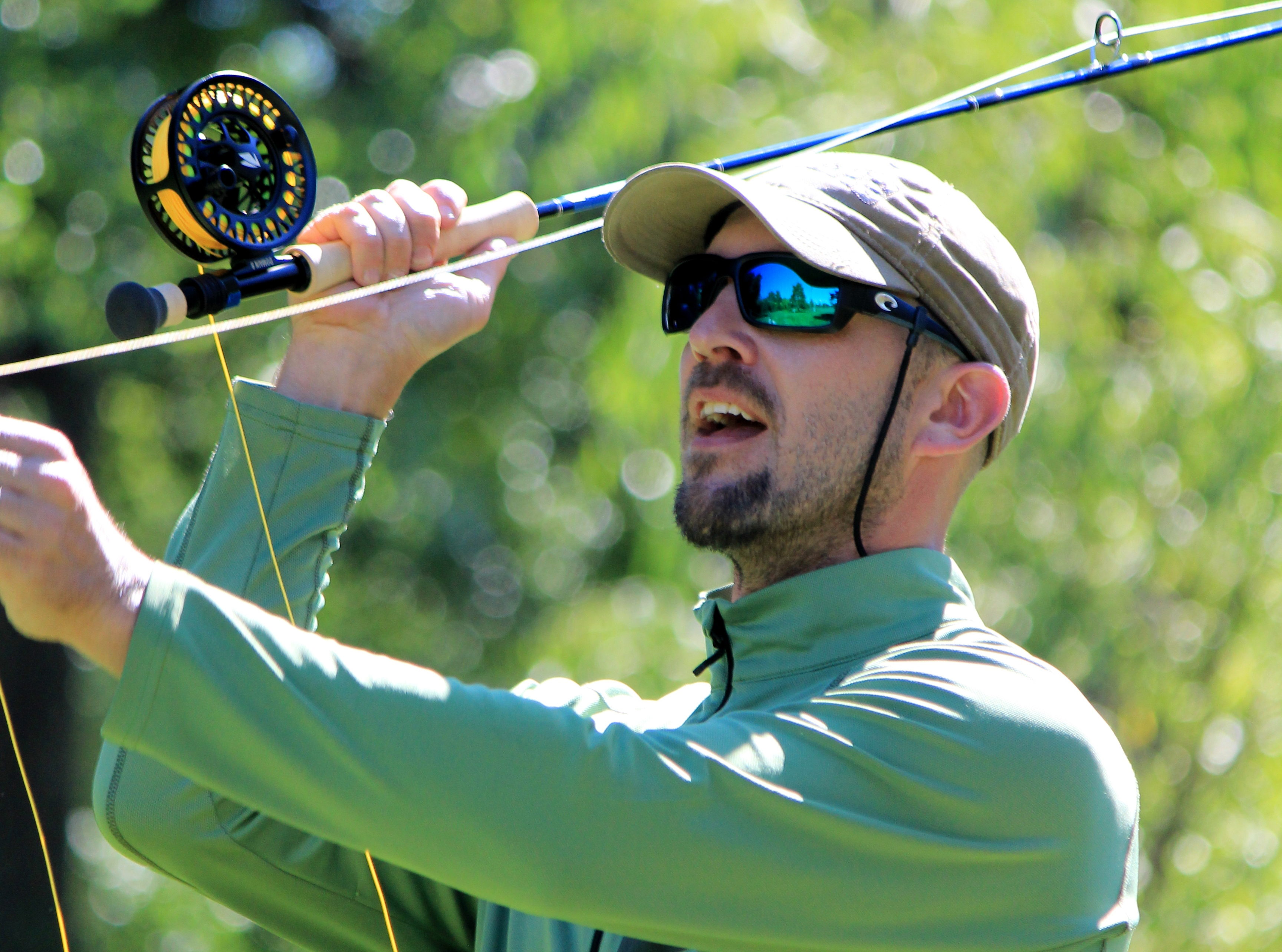 Casting editor, Jeff Wagner, discusses common casting faults and  how to fix them.

Socrates is credited with the saying “the highest form of learning (understanding) is teaching.” This assumes there are various levels of learning, with rote memorization often considered to be the lowest form. Between rote memorization and teaching are various forms of learning that include application. It is this belief and Socrates’ method of questioning that developed what is termed the “Socratic method” of teaching. The Socratic method is essentially posing questions that guide learning. The belief is that a question posed to a student creates critical thinking and inquiry that lead to hypothesis. The hypothesis leads to conclusions and this process creates a long-term learning that is applicable rather than rote memorization of facts.

Their inquisitive nature would have made them experts of the cast, able to see their own cast with an eye that allowed for hypothesis on loop shape and fixing of faults. And this is my hope for all anglers, that they embrace casting not just as something learned from someone else, but something understood and applied to their own casting. This is possible for you with a basic understanding of casting loops, faults, and fixes. This is the highest form of fly-casting knowledge: the ability to apply what you know to improve your own casting.

The power of why is your first step, and loop shape is your diagnostic tool. It tells you what you need to know. The first question you must ask is, “Why am I getting that loop shape?” Remember that there are three basic loop shapes: narrow, wide and tailing. Of course subtle differences apply to all of them but what is most important is knowing what causes them. At the heart of this is a simple rule: The fly line follows the path of the rod tip.

Here are some important observations on loop shape, faults and fixes:

Common Faults: Too much wrist, waving the rod, not enough power, dropping the rod tip (front or back)

Common Fix: Smooth acceleration with a defined period of rapid deceleration (stop) and a pause long enough for the loop to unroll

Common Root Cause: Not smoothly accelerating

Common Faults: Too much power, poor timing of acceleration, waiting too long, not waiting long enough, stroke too narrow

Common Fix: Smooth Acceleration with a defined period of rapid deceleration (stop) and a pause long enough for the loop to unroll

There are useful applications of tailing loops and wide loops but let’s assume that we are focusing on substance and adhering to the rule: The fly line follows the path of the rod tip. We can compare this to style, which is anything that does not affect the desired outcome of the cast (stance, grip, or arm position). This may seem a little obtuse, but let me illustrate. Let’s assume that I want to make a 30-foot, straight-line cast. Making this cast requires a (mostly) straight-line path of the rod tip. I can achieve this with a massive variety of stylistic modifications, including changes to stance, grip, arm position, etc. But what cannot change is the foundation, the substance, which is straight-line path of the rod tip. Rod-tip path changes can come through changes in acceleration, rod position and casting plane, and outside influences like ticking the water with the fly or leader.

It is critical that substance and style are not drawn into a conversation unnecessarily when diagnosing casting faults, especially when casting with other people with different styles. Remember that a style that achieves the desired outcome is not wrong. However, it may be less efficient. For example it is possible to cast 25 feet of line using the wrist alone. Unless there is an error in the loop this method of casting is not necessarily wrong. However, it is terribly inefficient and I would likely work with the student to revise and find a long-term approach that reduces the probability of joint issues.

Additionally, it seems necessary to review the basic casting mechanics. It is these mechanics that allow us to achieve a straight line path of the rod tip when performed correctly. I describe the basic cast in 3 steps:

Definition: A smooth increase in speed that results in a mostly straight path of the rod tip

Function: Energy input to the rod and line

Definition: A rapid deceleration that allows the fly line to overtake the rod tip

Function: Transition of energy from the rod into the line that  allows fly line to overtake the tip of the rod for loop formation

Definition: a period of time that allows the loop to unroll (straighten)

Function: Removes slack from the system

Now what do we do about this? How can we use this to self diagnose? Bruce Richards is an expert on fly casting, a Master Certified Fly Casting Instructor with Fly Fishers International, and was the fly-line Designer for Scientific Anglers for 25 years. He also developed a simple method for diagnosis of casting faults. It follows six simple steps that all follow the socratic questioning methodology:

This analysis is based on loop shape, and connecting the loop shape to the caster’s movement and equipment. What can be done to fix the issue?

Let’s go through an application and assume the caster (you) wants to make a 30 foot cast. You are casting wide (arcing) loops.

You assess that the wrist movement is causing a loss in acceleration which is causing the rod tip to deviate from the straight path, and move in an arc or dome shape.

The process is logical but it does require a line of questioning. This may take several tries. This process is similar to the scientific method of observing, hypothesizing, theorizing and then adjusting and repeating the process. Of course the process can be quick. In practical application it might mean identifying a few variables you believe could be at fault and systematically trying something different with each until it improves. With each iteration you will learn more and get better at understanding your own mechanics. It may take only minutes to modify a few components of your cast. In the long run it will save joints, muscles, and frustration on the water.

This is a process that enables you, as the caster, to understand your own casting and make improvements on the stream in real time. You don’t need to be a casting expert or have a deep understanding of physics. Just don’t keep doing the same incorrect thing over and over. I can’t tell you how many times I have witnessed a caster struggling to cast into the wind because of tailing loops. They inevitably end up casting harder and harder and it gets worse and worse. Stop. Slow down. Think. Try something different. Try less power. Try a longer casting stroke. Keep the basic mechanics in mind: substance, style and loop-shape. You have the tools to be the best caster, catching the most fish on the stream.