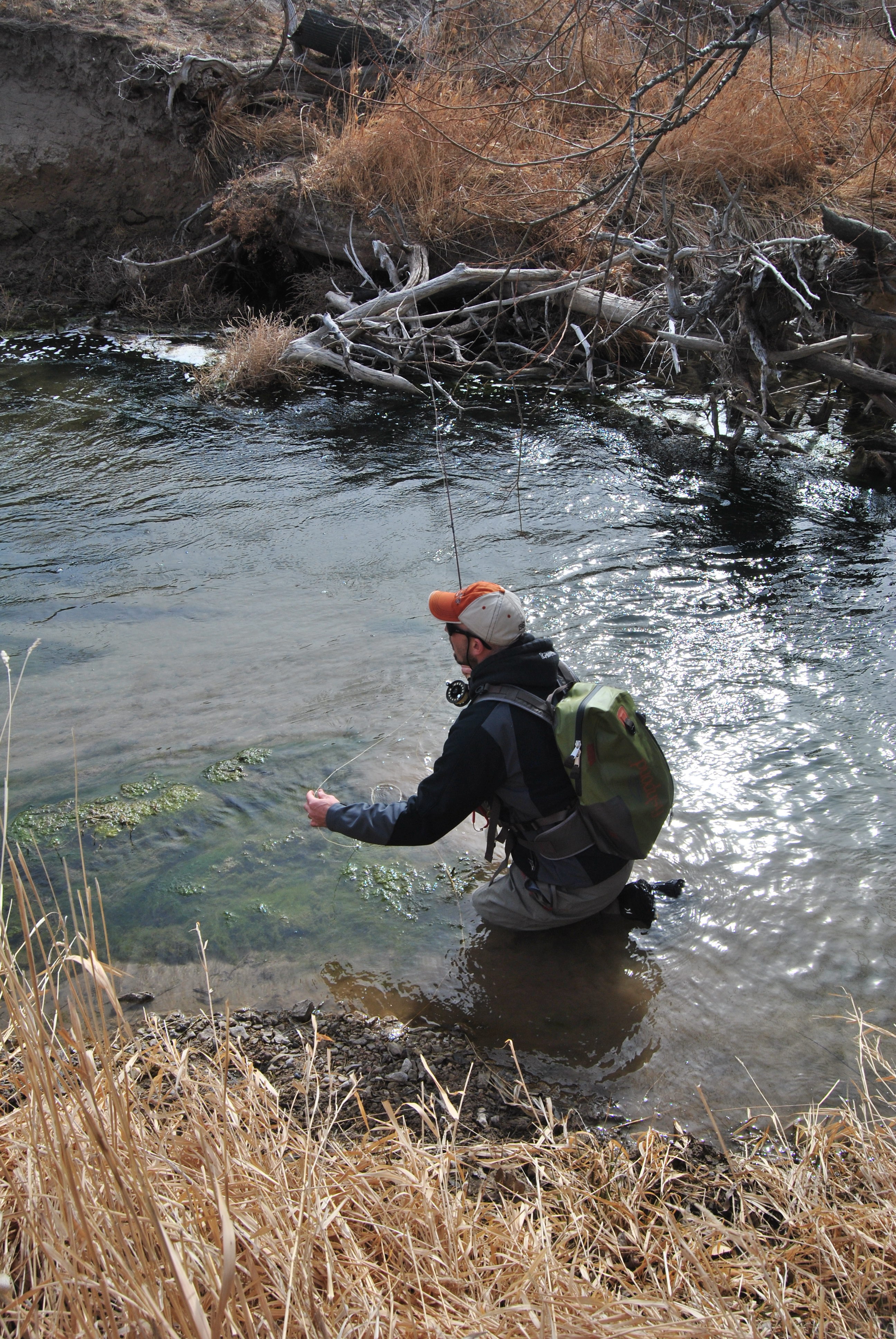 A straight-line cast is often the best way to present a fly, but sometimes you need to change your location in order to get the drift you want. When you’re able to move, you should. But if trees, currents, the position of the fish or the position of the sun won’t allow you to move without spooking the fish or getting into wading trouble, the best option is often to use a mend.

What is a Mend?

A mend is simply a repositioning of the line. All types of mends have the same general purpose, which is to place extra line upstream or downstream to counteract a fast or slow current and allow the fly to drift drag-free. A drag-free drift is defined as a presentation where the fly has no apparent connection to the leader or fly line. In other words, the fly behaves like an untethered object moving at the mercy of the current.

If you’re facing perpendicular to the current, casting across fast water to slower water beyond it, an upstream mend is used. The mend places line upstream of the fly, in the faster water. This line must travel additional distance before it eventually passes the fly, comes tight, and makes the fly drag. This extends the length of the fly’s drag-free drift.

Mends can be made after the line is on the water or while it is still in the air.

This is a repositioning of the line after the cast is complete and the fly line is on the water. When fishing a dry fly or a nymph and indicator it is the typical move used to reduce drag. The line is anchored to the water by surface tension, but the line nearest the rod tip can be “cleared” from the surface of the water and repositioned. The line is lifted off the water with the rod tip and “tossed” gently to one side or the other. The length of the rod and the floatation of the fly line determine how much line can be cleared from the surface. The longer the rod the more line that can be cleared because the tip of the rod can be raised to a higher position without pulling the line back and inadvertently moving the fly. And, a clean, well-floating fly line is easier to mend than a dirty, partially sunken one.

Few presentations are as impressive and functional as a well-executed aerial mend. It just flat-out works. In this move the repositioning is done after the “stop” of the rod (after maximum velocity is reached) but before the fly line reaches the the water. An aerial mend allows any part of the line between the rod tip and the leader to be repositioned. If there is a downside it is the practice and control required to place the mend in the correct location. Here are the basics to making an aerial mend:

–      On the forward stroke, after the stop, move the rod to the right or left quickly.

–       Move the rod back to center before the line hits the water.

You’ll notice you have made a large horizontal bulge or mend in the line. The key is controlling this to make a repeatable fishing cast. There are a few things to keep in mind that can make this easier to learn and control.

Second is the distance the rod tip is moved left or right. This determines the width of the mend. If you move the tip of the rod four feet to the left the mend will be four feet wide from the main line (the direction of the cast) to the apex or widest part of the mend. 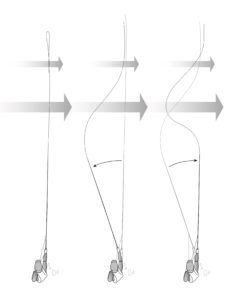 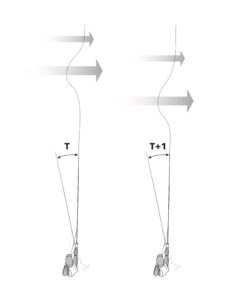 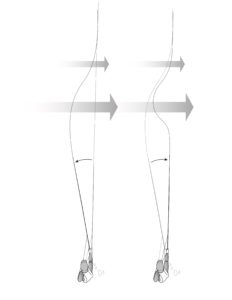 This one is sometimes incorrectly described as a cast, but is really an aerial mend because it is made after the stop of the rod. The objective is to create one long mend from rod tip to fly. Here’s how:

–      Immediately after the stop, move the rod to the right or left so that the rod points perpendicular (90 degrees) to the target and parallel to the water. The rod should be pointing directly out to your side if you are facing the target.

The result is a straight line from the tip of the rod to the fly. This makes a right triangle with the fly rod as the shortest leg, the fly line the longest leg and an imaginary straight line from you to the target the third leg. Note that you need to have some additional line available to “shoot” when you make a reach mend or the fly will fall well short of the target. 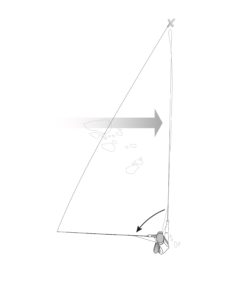 Aerial mends are wonderful tools for fishing more effectively in a variety of situations. An example of its use is when you need to combat a fast current seam just a few feet off the tip of the rod.

–      Make a normal forward cast facing across the river at 90 degrees to the bank.

–      Wait for the line to straighten and begin to fall to the water.

–      Immediately reposition the rod back to 90 degrees to the stream bank.

When the line hits the water there will be a small “mend” of line upstream on the fast water while the rest of the line is delivered in the original direction.

Another example is if you’re casting to a fish across two differing currents (fast near the tip of the fly line and slow near the tip of the rod). It’s possible to combat both with an aerial mend. Make an upstream mend immediately after the stop of the rod and make a downstream mend just before the line hits the surface. The placement, width and length of the mend is adjusted to fit the situation. With all aerial mends there is a point of diminishing returns. Remember that whatever slack you put between you and the fly must be removed in order to set the hook.

Making consistently good mends requires practice. To work on aerial mends, place a target about 30 feet away, with cones in a straight line between you and the target. Cast to the target, trying make the the fly (yarn) land as close as possible to the target while placing a mend around the cones. Start with the nearest cone to become accustomed to the movement. You’ll find it easy to mend around a cone that’s close to you. However, as you reach to farther cones the timing becomes more challenging. Experiment with when you make the sideways movement of the rod, how far you move sideways, and long you hold the rod in the sideways position.

Practicing now will make you much more effective on your next fishing trip. I think you’ll find that tricky situations turn into fun, problem-solving situations. The solution may be an aerial mend that results in a hook up.