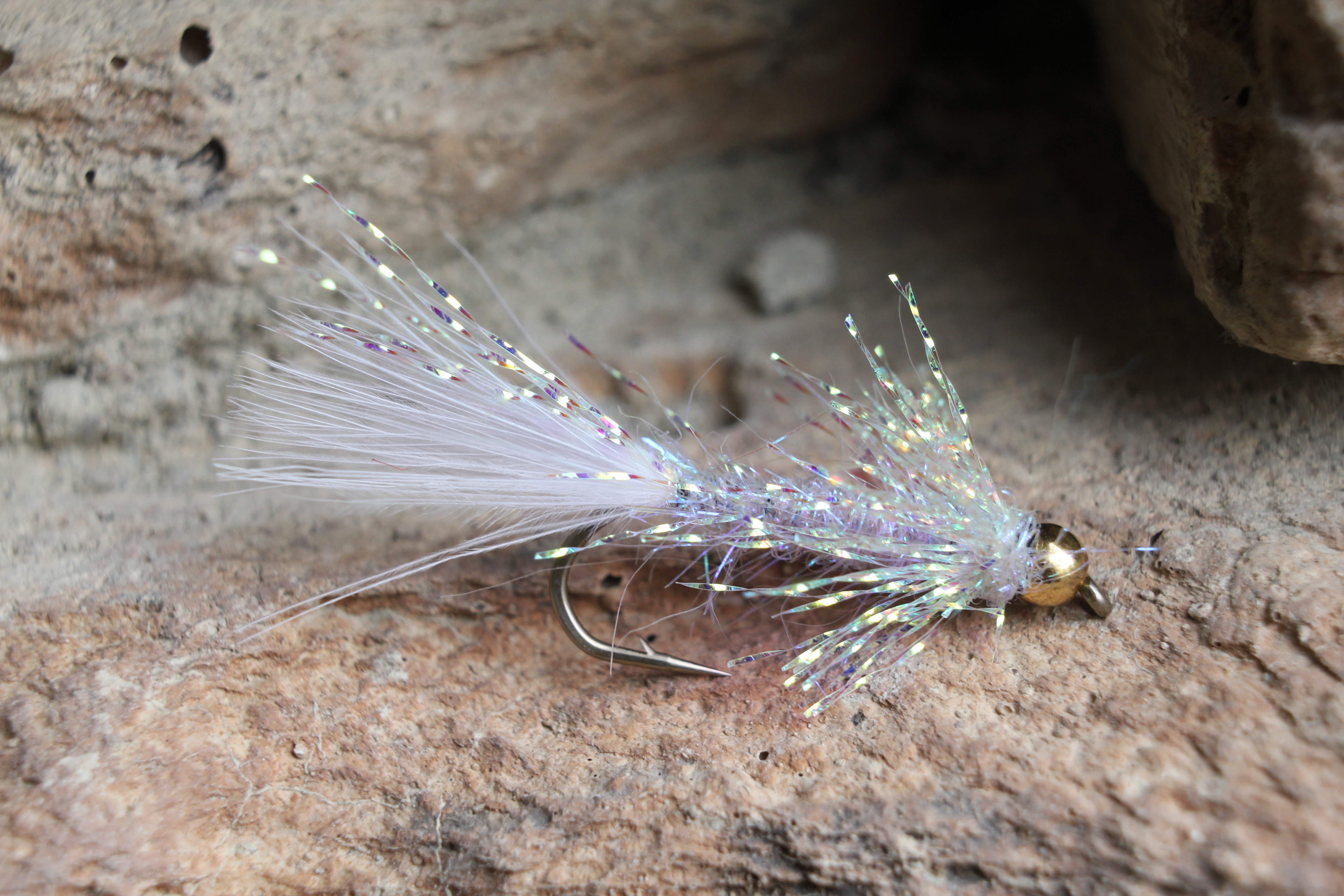 Anglers must deal with the reality that the streams they most cherish will not always be in prime condition with clear and low flows. Runoff and periodic rainy periods often produce high and murky fishing conditions. Fishing can be both difficult and easy, depending on our approach. The high water can make wading difficult even on smaller streams, and the trout’s visibility is greatly reduced. The key is to take a disadvantage and turn it into an advantage. This lower visibility can make trout less wary and more vulnerable to highly visible flies. I have had success in these conditions with both buggers and leeches, however bright, flashy streamers can yield even more success during these conditions. This past June I fished several streams during high water conditions. One small stream had less than a foot of visibility. I gently flicked this fly into a deep pool where another little creek emptied in and immediately a 12 inch brookie pounced on it. Over the next 20 minutes I caught seven or eight brookies, including a 16-inch whopper that had no earthly business being in a creek that tiny. I also had some luck on other streams under similar conditions. Fish were not rising to attractor dries, but this flashy streamer was being chased a lot. I landed a number of good cutthroats, along with a 17-inch bull trout. The great thing about fishing this time a year is that few other people are doing it, and you can have most sections of stream to yourself. The trout are there, you just have to go after them.

The main purpose of the Ultra Brite Leech is to attract attention during poor water conditions. This pattern is typically tied on a 3X long streamer hook in sizes 8 to 12.  First put a gold or nickel-silver bead or cone on the hook and layer the first half of the hook shank with lead. Tie in a tail of white marabou with three or four strands of Krystal Flash poking through. You may also want to cover the front half of the hook shank with lead if you need to get this fly down really deep. Make the body by dubbing the Ice Dub and laying three side wings with Krystal Flash until you reach the bead. Making the Krystal Flash collar is perhaps the most difficult part of constructing this fly. Take four clumps of Krystal Flash and tie one on top, one on the bottom and one on each side. Pull tightly and spin the Krystal Flash a bit until it creates a reasonable-looking collar, then trim both the collar and side wings to neaten the fly. To complete the fly take a small amount of ice dub and apply behind the bead.