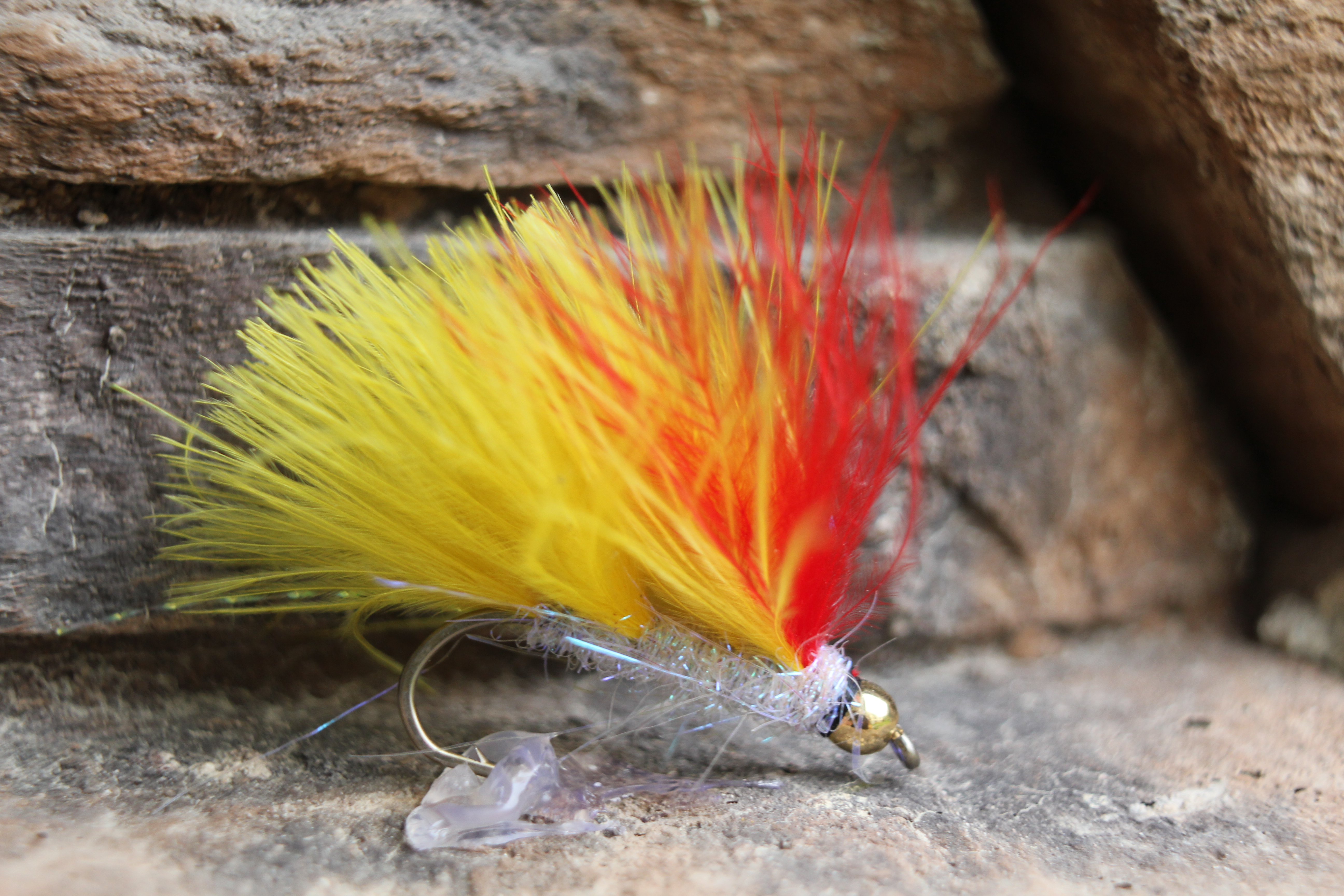 The Mickey Finn is one of my favourite brown-trout streamers because it is easy to tie and has yellow in it, which is a colour that seems to attract these wily trout. I have never been one to settle on a pattern if I feel I can make it more effective. The standard Mickey Finn relies on the angler to give it enticing action via a quick retrieve. I wanted to adapt the pattern to have more built-in action. Over the past two or three seasons I have been exchanging the standard bucktail on the original Mickey Finn for the more “juicy” or lifelike marabou. I tried this streamer in May of 2016. It was a cloudy drizzly day which made me hopeful that big brown trout would cooperate. On my third cast in a deeper run a large brown chased my fly but wasn’t hooked. I kept peppering the run with casts and eventually I hit paydirt as a 19-inch brown crushed this fly and jumped 18 inches in the air before slipping into the net. Over the next three hours I landed several more good fish.

The Marabou Mickey is like a marabou hybrid of a Mickey Finn and a Matuka. The first step is to place a bead on the hook, which can be gold, red, or even black. I first tie in some yellow marabou and a few strands of Krystal flash to form the tail. The next step is really a threefold sequence of dubbing the body with Minnow Body Ice Dub and tying in the marabou on top of the body to form the wings. After you have tied in three yellow marabou wings, make one more wing out of red marabou to give it the colour of the standard Mickey Finn. Then dub a little more Ice Dub behind the bead and tie off.