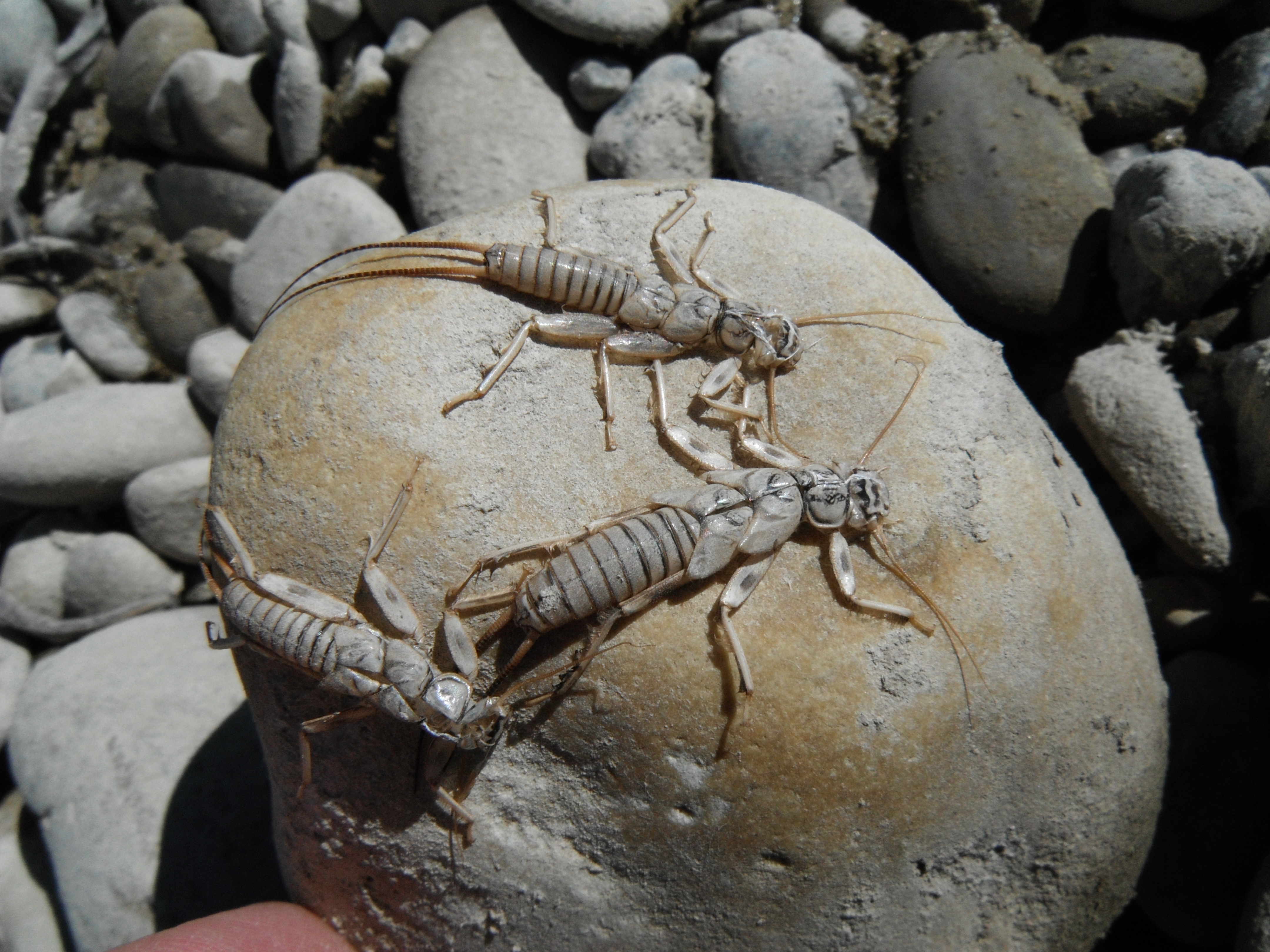 Fly Fusion’s entomology expert Robert Hinchliffe discusses what to do when you show up at the water ready to match the hatch and there is no evidence of visible hatch .

I have to admit that as a fly fisher I’m not much of a gambler, so when it comes to deciding what fly to use I prefer to play the odds. During a typical bug hatch, that means selecting a fly to match the insect and life stage that the fish are keyed in on. But what do you do when there is no hatch? You play the odds – and match the non-hatch.

Most fly anglers are aware of the fact that during a hatch trout can feed selectively on a specific insect, often to the exclusion of everything else. This selective feeding mode is an evolutionary adaptation that allows trout to maximize their calorie intake by ignoring other potential food items (which would require more time to inspect), in favour of a known food source that can be quickly recognized using an instinctive visual trigger known as a search image. It is important to note that the search image is not a mental picture of the entire prey item (that much information would take too long to process), rather, it is made up of one or more specific characteristics the trout uses to define an object as the targeted prey item. If trout are in a moderately selective feeding mode they may respond to a general search image that includes size, shape and colour (sound familiar?). Hyper-selective fish (those that have seen a lot of fishing pressure) may focus on one or two very specific details that separate the naturals from the artificial. These search images are not static. They change as the feeding situation changes; sometimes day by day, sometimes hour by hour, and in some situations from fish to fish. In many cases a search image is retained in the trout’s memory for a period of time after the food source is no longer present. Think of a non-hatch as the intervening period between hatches where trout maintain a search image for certain prey items, and are more inclined to selectively feed on those prey items, even though there is no active hatch.

The development of non-hatch search images can come from two sources. The first are search images formed during a recent hatch. This situation is fairly straightforward. Selective feeding results in the creation of search images for the different life stages that the trout have been feeding on. Remember that a hatch can go through several phases where the fish may key in on migrating or drifting nymphs during pre-hatch, rising nymphs or pupae early in the hatch, emergers or cripples during the heat of the hatch, and duns or adults later in the hatch. This can also be followed by feeding on spent spinners or egg-laying adults in the day or so following the hatch. The non-hatch search image is therefore not always a single entity. It can be a group of search images retained from the different phases of the hatch. The second source results from sporadic (opportunistic) feeding on the prey items that are most commonly encountered. During extended periods between hatches, trout tend to forage on whatever prey items are available. Less commonly encountered food items are more likely to be inspected prior to ingestion, and are more likely to be rejected. Feeding on the most commonly available food source can become automated – the search image takes over and the fish spends less time inspecting that particular prey item and instead responds to the instinctive visual trigger to grab the fly. In either case when responding to a search image, the trout instinctively recognizes the item as food, knows exactly what to expect, and there is little or no hesitation in taking the fly.

When fishing during a non-hatch there is a clear advantage in selecting a fly that matches one of these search images. This point was driven home one summer when I was fishing a freestone cutthroat stream and having a tough go of it. It was a hot, sunny day, there was nothing hatching, and not a single fish rising. I had tried just about every nymph in my box and hadn’t hit a single fish. Noticing the low, clear water, and thinking the fish were leader shy, I decided to start dropping my tippet size. An hour or so later I was down to 7X and still fishless. Finally I remembered that there was a short green drake hatch during a thunderstorm the day before. I switched to a green drake nymph and picked up six fish in the same run that I had just covered. Not wanting to risk stressing the fish with an extended fight on a light leader, I went up to 4X tippet and continued to take fish after fish in the crystal clear water for the rest of the day. Tippet size had nothing to do with it. It was the search image of a fly that the fish had been recently feeding on that was the ticket to success.

To tip the odds in your favour it helps to know what the potential non-hatch search images are. When considering likely candidates there is nothing better than firsthand knowledge of the hatch activity over the preceding couple of days. If you were there and witnessed exactly what the trout were keyed in on, it’s just a matter of selecting the right non-hatch fly pattern based on this knowledge. Things get a little more complicated when you show up on a lake or stream for the weekend, or it’s a quick day trip to a local trout lake. Here, the time spent doing a little detective work greatly outweighs the time wasted experimenting with random fly patterns, or sticking with a pattern that is catching the odd fish but not living up to the full potential of the day.

Clues as to which non-hatch search images are in play can be found through careful observation. Your first priority should be to look for signs of a recent hatch. Do you see any adults fluttering over the water or hiding in the bushes? Are there any adults crawling along the bank? Are there any freshly shed exoskeletons (exuvia) clinging to the rocks or shoreline vegetation? Look for exuvia floating along the windward shore or in back eddies where they tend to accumulate. If there are no signs of a recent hatch, try to determine what the most available food items are. Are there any bugs active in the water? Are there any nymphs crawling on the rocks or congregating along the shore? If nothing is active, flip over a few rocks or run a dip net through the aquatic vegetation to see what is present. In all cases pay close attention to the smaller and usually more numerous bugs, and then consider which bugs are more likely to be exposed to feeding trout. These are all simple tactics, but many anglers skip over them, or give them nothing more than cursory consideration. Do not make this mistake. The clues are always there but you need to take the time to find them.

Of course a little knowledge about the bugs and their life cycles is needed to make the connection between the clues you have found and the appropriate non-hatch fly pattern. You don’t need a PhD in entomology, but any knowledge you can gain will go a long way in enhancing your ability to match the non-hatch. If you spot several adults in the streamside vegetation it helps to know what the nymphs look like, and the habitat they prefer; if you see a bunch of exuvia on the rocks it’s good to know how they got there, and what insect group they came from; if you find active nymphs in the water, knowing their lifecycle and habits will enable you to more accurately imitate them. This is the kind of additional information that will allow you to take full advantage of a non-hatch.

Matching the non-hatch is all about playing the odds. Trout feeding-modes form a continuum from opportunistic, where anything that appears even remotely edible is sampled, to selective, where their attention is singularly focused on a specific life stage of a particular bug. But most of their time is spent somewhere in the middle – in the non-hatch mode where search images do not necessarily control their feeding behaviour, but certainly influence it. Matching the hatch even when there is no hatch is a way to take full advantage of this feeding mode. Random fly patterns and attractor flies will continue to catch their share of fish but in the long run, but my money will always be on matching the non-hatch.