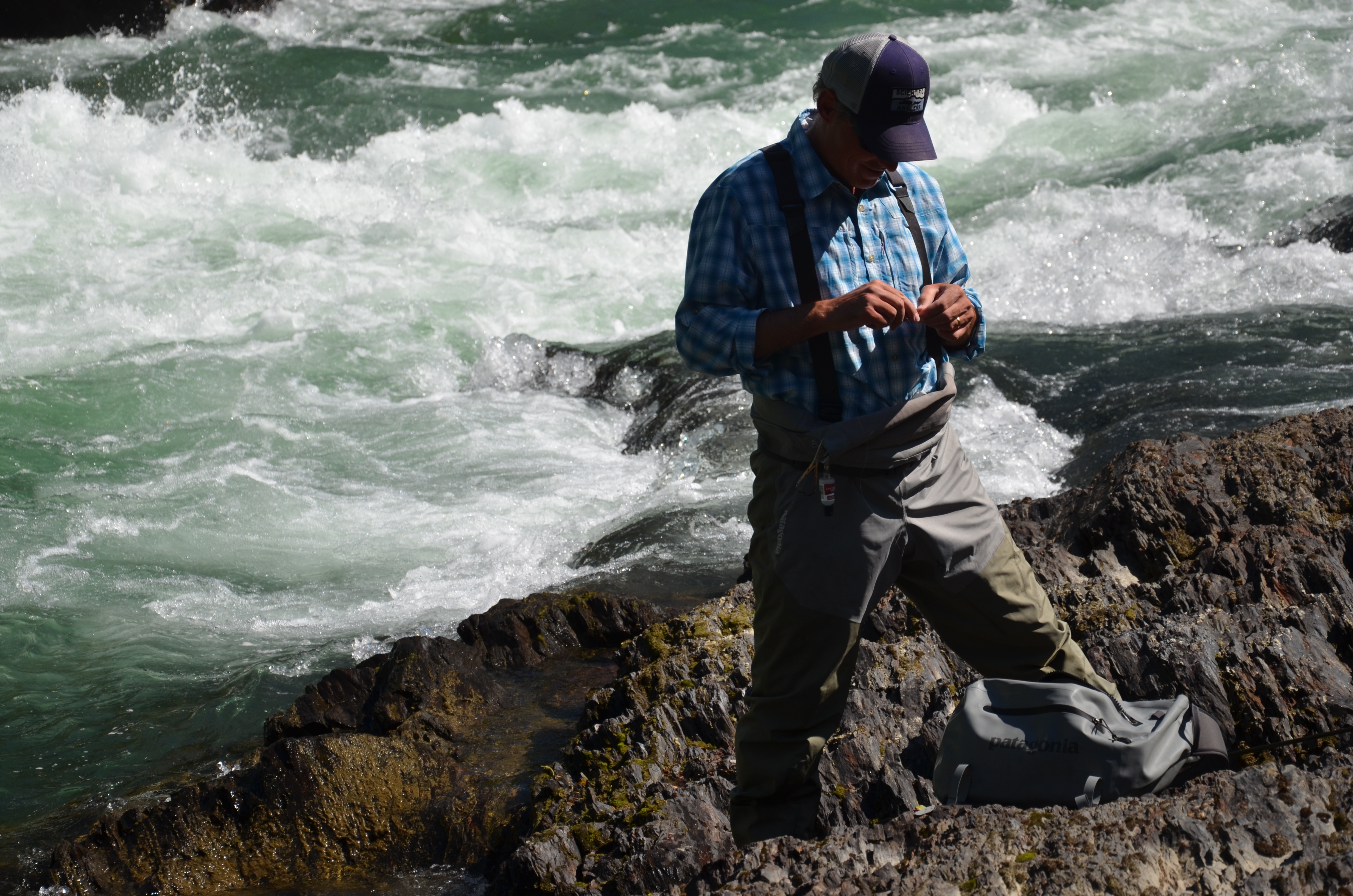 I still hope that on every outing I’ll find large and willing trout, but the older I get the more my dark-haired idealism makes room for grey-haired realism.

On my way to swing streamers for bull trout last fall, I happened upon a Revisionist History podcast by author Malcom Gladwell where he discussed the different types of genius affiliated with artists.

Some artists may labour over a piece for years and never feel like it’s complete. He used Leonard Cohen’s song Hallelujah as an example. The Canadian songwriter toiled for years over the lyrics, writing and scrapping numerous verses. At the opposite end of the spectrum he discusses the song I and I by Bob Dylan, which was written in 15 minutes.

When I arrived at my destination and pulled gear from my SUV, I couldn’t help but draw parallels between Gladwell’s thoughts on artistic genius and the days I spend fly fishing on my favourite rivers (though I fully recognize it’s quite a stretch to use artist or genius in any topic pertaining to myself). When I’m out fly fishing, some days feel like Cohen days, where every drift is a struggle and any acknowledgement from a trout is the exception rather than the norm. Other days appear to be more like Dylan days—where every cast is tight to the bank and every fly selection is correct. On days like these, perfection becomes the norm rather than the exception. My human nature prefers the Dylan days, but I’m learning to extract the hidden beauty from the Cohen days.

When I think of the days where fly fishing displays this simple genius (the 15-minute lyrics for a chart topper), one trout stands out to me. I fished a certain stretch of river late last fall and caught a number of large trout, but one came up to my Blue-Winged Olive and I missed it. The fish’s exposed shoulders indicated it was larger than the others. The trout resided in a tricky spot right behind a partially exposed mid-stream boulder, which wouldn’t have presented a problem except for the raging current directly between the trout and myself. I could only do so much to control how long the small mayfly imitation remained in the pocket.

When I brought the fish up and didn’t properly hook it, I knew my mistake immediately. I cast beyond the hole and then threw an upstream mend, which didn’t allow the fly to stay in position long enough before it began to drag. The trout surfaced just as the fly started to drag and unfortunately moved just as the fish started to take. I felt the fish for only a fraction of a second, so I’d touched it just enough to keep it down. However, the difficult current flow between the trout and myself required an aerial mend for the fly to have any chance at staying in the pocket long enough for the trout to fully take the fly.

My calendar was completely full the next day, with the exception of an hour, but in my mind all I needed was 40 minutes of driving time and, in a perfect situation, only a few minutes of fishing time to catch the trout. I drove in, parked and walked up to the spot. I tied on the same BWO then threw an aerial mend, which gave the fly an extra second or two in the pocket. The trout came up and hit the fly, and I managed a solid hook set. I let it stay out in its position behind the rock for a minute or so, then I applied pressure and led it through the strong current and into my net. The westslope cutthroat was the largest trout I caught on the river that season.

Everything about that moment played out as I intended. I walked up, took a cast, caught the trout I intended to catch, snapped a quick photo and then released the fish. Then I broke down my fly rod and headed back to my vehicle to carry on with fulfilling my commitments for the day. That day I felt like the songwriter who sits down to write a number one hit, and quite simply does just that. Not every experience is like this. The more I fly fish the more I understand Cohen moments exist and they’re there for a reason. The tough days create perseverance and a deeper knowledge.

One of my favourite streams does this to me often and I think that’s why I subject myself to an unreciprocated love affair with her. In the words of country singer Garth Brooks this stream is “…sun and rain. She’s fire and ice, a little crazy but it’s nice.” Within her banks the temperamental trout are selective and often turn their noses up at flies a shade or size off the naturals.

Such was the case late last fall, when I took a friend up to a secret stretch. I’d never actually fished the stream this late into the fall, but the relatively warm weather led me to assume the trout remained in the tributary and they’d still be willing to take dries in the afternoon. We arrived in the late morning to counterbalance the cool temperatures. Even in the late morning, I knew we’d have to nymph until about 2:00 pm when the sun warmed the valley enough to allow a chance at any type of hatch.

Like clockwork, a late-season caddis hatch began and I took a plump cutthroat off the top just a few minutes after my friend John had lost hope in the day. We moved downstream and I caught a few more on a #14 beige Elk Hair Caddis modified with a little foam in the wing I add to increase buoyancy. Unfortunately, the caddis hatch was short-lived and John had a few looks but no takes.

We walked further downstream and found a run filled with feeding trout. They keyed on blue-winged olives, and John regained hope because he’d filled his box with perfect imitations. I invited him to stand in the heart of the run, where the majority of trout rose, and then he proceeded to have one of the best afternoons of his fly-fishing life, landing one large fish after another. Trout rose to his offering every couple of casts.

As for me, I also fished a BWO imitation but it was a little more generic. The trout rose only sporadically to my fly. At one point, I called upstream and said, “You still on the BWO you started with?” and he assured me he was.

Out of frustration I walked up and looked at his fly. The tail, the body, the size—all the same. The one difference— the hackle on my fly was a shade lighter. I’d have to swallow my pride to ask for one of his flies, which I wasn’t willing to do.

The silver lining? The frustration of the afternoon produced a deeper knowledge and deeper desire. I know where I’ll be in mid-October this year if the fall is unseasonably warm, and I know what shade of hackle I’ll use as I tie my BWO patterns. Will I have an afternoon like John did on my favourite stream? That’s TBD. A number of factors have to align in order for an afternoon like that to happen again.

I still hope that on every outing I’ll find large and willing trout, but the older I get the more my dark-haired idealism makes room for grey-haired realism. I love the perfect days but I’m learning to appreciate the knowledge I glean from the more complex days. At earlier stages of life, I lived for the Dylan days on the water. But reality often accompanies life experience. I know it’s a stretch, but if I had to place a broad and more artistic description of my passion for casting dries to trout, I might steal Leonard Cohen’s description of love in his song Hallelujah: less a “victory march;” more a “broken hallelujah.”