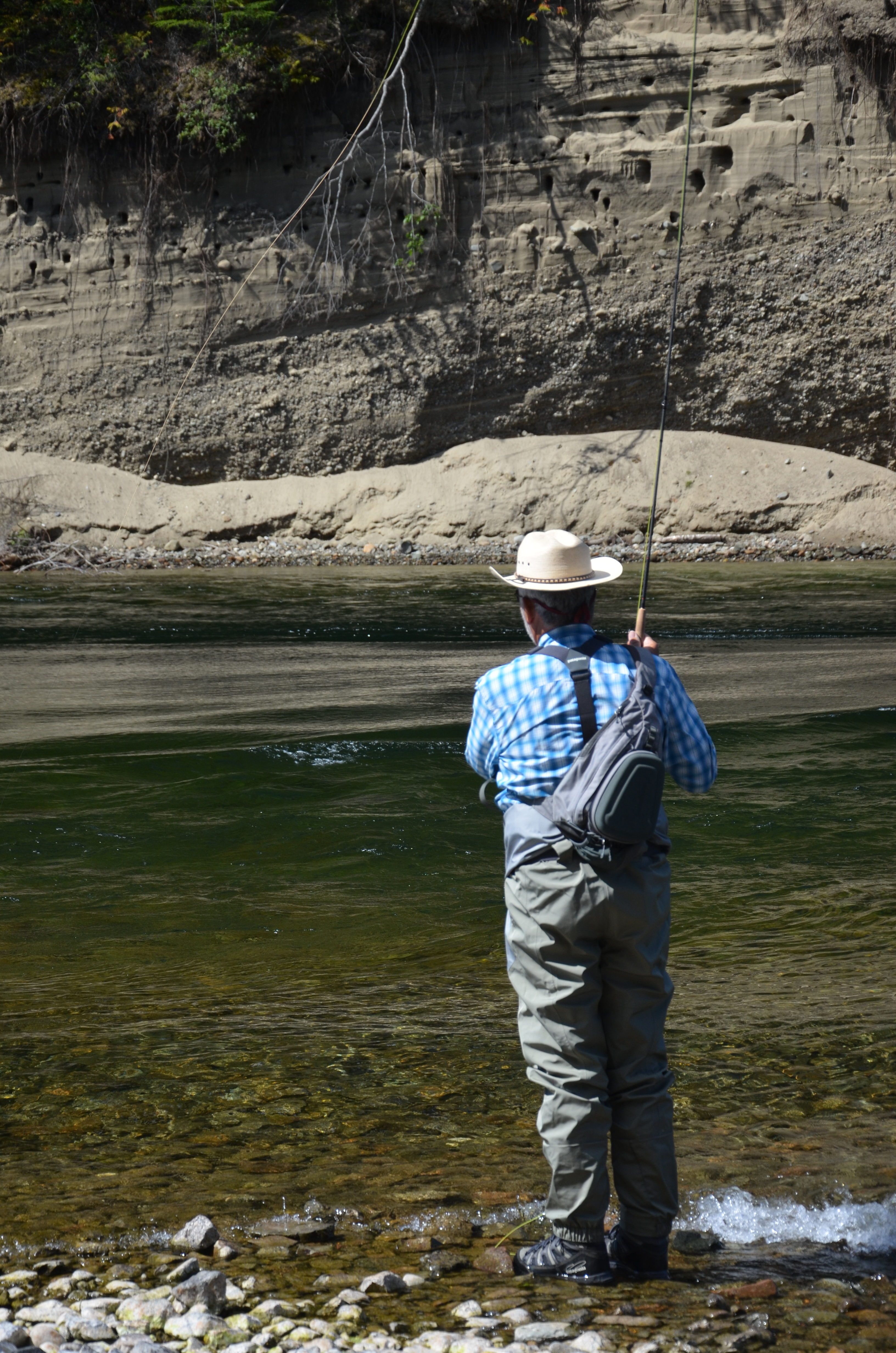 Today’s young fly fishers bring with them the advanced technologies they’ve grown up with, and that makes some of us older fly fishers nervous, for tradition and technology make strange bedfellows.

Like almost everything, fly fishing has changed and is changing. Once perceived as an eccentric old sport that was either difficult to learn or was portrayed as difficult to learn by its stuffy, tweed-wearing, pipe-smoking practitioners, fly fishing is now being taken up by a growing group of young, enthusiastic devotees who’ve decided the sport is “cool.” But that doesn’t cover it. Many of these young fly fishers are extremely knowledgeable, and perhaps more importantly, are coming into the sport from a background of environmental appreciation, unlike many of my era who had to be educated on this matter.

Today’s young fly fishers bring with them the advanced technologies they’ve grown up with, and that makes some of us older fly fishers nervous, for tradition and technology make strange bedfellows. Once we old guys get comfortable with the term “social media,” (as Orvis Board Chairman Leigh Perkins said, “I can’t explain a lot about social media, but I’m sure it’s important”) we’ll realize that it is, among other things, a tool with which to communicate fly-fishing information. That’s good – I think. But maybe not always. It gets a little sticky right about here. Are social media, the Internet, and technology in general helping fly fishing or harming it? I’m pretty sure they’re helping fly fishers by making the sport more accessible and easier to learn. But what about things like Google Earth? Many fly fishers use it to get a bird’s eye view (or a satellite’s eye view) of potential new fishing spots. Is this “cheating?” Probably not; it’s kind of like using a really advanced topographical map. What about using camera-equipped drones to check out the water before making the walk to see it in “real life?” This causes me a little more pause for thought, but how much different is this from looking up stream-flow information on the Internet to determine if a river is at a good level before making a long drive?

Or what about checking on-line fishing reports (taking into account the possibility, remote as it is, of exaggerated, inaccurate or blatantly misleading information)? And to open an especially stinky can of worms, what about posting on-line fishing reports – especially reports of exeptional fishing that reveal exact locations? At this point the devil on my left shoulder, who represents my old-fashioned side, says, “Are these people nuts? Do they really want a few dozen new fishing partners standing in the best pools the next time they visit that stream? It wasn’t like this in the old days.” The angel on my right shoulder, representing my kinder, gentler side says, “Now hold on a minute. If a lake or stream is going to have an on-going and growing group of protectors, it needs people who are passionate about fishing it. The greatest protectors of fish and wildlife have always been fishers and hunters who care about the creatures they pursue and the places the creatures live. So it’s not an entirely bad idea to make it easy for people to find good fishing.”

There are other types of “collisions” between technology and tradition, this example coming from New Zealand. A couple of fly fishers go to a lot of trouble and hike a long distance into a remote stream. They’ve done their homework and are packing fishing gear, camping gear and food for a few days of exploring and fishing in the middle of nowhere. After a strenuous hike, they arrive at the stream just in time to see a helicopter land and deposit four eager fly fishers and their guide on the gravel bar just ahead of them. Sounds like a bad deal for the hikers, doesn’t it? But what if the chopper is carrying fly fishers who can’t physically make the hike? Are they villains because they can afford the means to overcome that handicap?

I’ve begun to wonder how important it should be to make fly fishing easy. In some cases I think it’s quite important, because, as my harp-playing friend has explained, fisheries need fishers, some of whom need the benefit of certain technologies to allow them to enjoy fly fishing – either to get started in it more easily or to enjoy it safely in the face of increased age or physical limitations.

But is there a chance we occasionally come close to making it too easy? The traditions of fly fishing, some of which mainly celebrate the difficulty of the sport, are important to me and I worry a little that some of them are being pushed aside or are slowly disappearing.

But what really is a tradition? It might be simply doing something the way you grew up doing it. Several years ago my daughter was drifting the local river with some friends and called me from the river on her cell phone. I heard her extremely excited voice say, “I just caught the biggest brown I’ve ever seen!” I was thrilled with the news, but it was definitely a new way of receiving it.

I suspect technology is helping create new traditions – like phoning somebody from the stream after you catch a big fish, or taking a photo of it and putting it up on Facebook while you’re still on the water. I’d never think of doing either of these things, and they certainly aren’t traditions for me, but they may be for the latest crop of fly fishers.

Perhaps the trick is to use technology to allow me to continue to participate and enjoy fly fishing, but not to let it compromise or diminish the traditions that I consider to be important.

And thankfully the fish haven’t changed as much as we have. I’m confident they’ll always be able to stimulate, satisfy, and confound us.