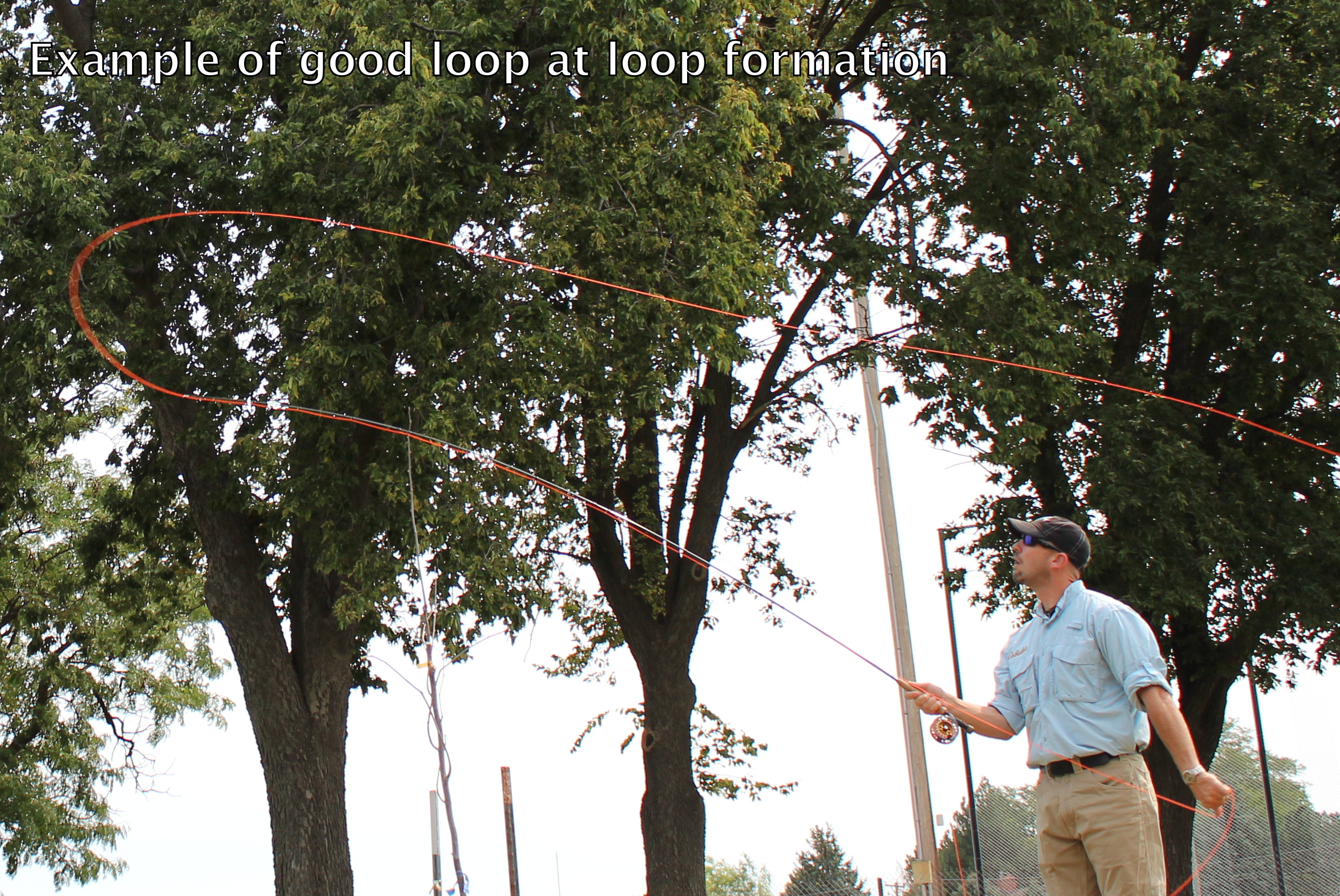 Few images in sports are as captivating as an unrolling loop of fly line traveling over the water toward a target. Check out casting editor Jeff Wagner’s thoughts on the principles of good loop formation.

The line, leader and fly gently land on the water’s surface. Moments later there’s the gentle sip of a rising trout and the line goes tight. Similarly, few things cause more dismay and frustration to an angler than a cast gone wrong, whether it’s because of a tangle that forms in the air or a cast that lands many feet from the target, yet still scatters the fish.

Often at the heart of those aerial catastrophes is a poorly-formed loop. The loop is the shape of the fly line as it travels through the air. Interestingly, loop shape is not talked about to the extent you’d expect, given its importance. And whether casting a single-handed or two-handed rod the same principles apply.

Let’s start with the basics. What is the purpose of the fly rod? Why do we spend $1,000 or more for a fly rod? On its own it does one thing and one thing only: it stays straight. That’s it. But fly rods are designed to do so much more. They also bend, and the goal of fly casting is simply to bend, or load, the fly rod to get the fly line moving. The load comes from moving the rod through the air and dragging the weighted fly line behind it. That by itself is quite easy. The challenge in doing it efficiently, smoothly, consistently, and with the right amount of energy.

The bending of the rod can be explained by a number of principles and many writers before me have described their interpretations of what happens during the cast. For the purpose of this discussion, we can boil everything down to this: The fly line follows the path of the rod tip. This one statement has prompted a great deal of debate lately, some of it incredibly heated.

But this one statement is true. We could get into the physics of it all and I’m sure there’s an engineer somewhere who will spew out a plethora of equations that supposedly prove me wrong. But I can simply pick up my fly rod, (and I encourage you to do the same), and make a few casts. If I wiggle the tip of the rod the line wiggles with it. The distance that I move the rod right to left is mirrored in the fly line. Each move made that translates into rod-tip movement results in fly-line movement. The more extreme the movement of the rod tip, the greater the movement of the fly line.

Casting efficiently will serve you well, and efficient casting is achieved by focusing on two things:

For a specific length of line cast at a certain speed with a particular rod flex, the hand must move a particular distance with a particular arc and a certain amount of energy to create a straight-line path of the rod tip. When done correctly a classic U or V-shaped loop is produced as the line unrolls. From this we can bring to light a particularly good principle. That is, a longer cast requires a longer stroke. If you make a 20-foot cast, the arc, stroke length and energy used can all be minimal. But as the casting distance increases it is necessary to increase all of the components of the casting stroke. How do you know if you have done it correctly? By looking at the loop, of course.

The loop is an indicator of all things happening in your cast. A good loop – no matter what anyone says about casting style or the “proper way to cast” – is a good loop, and indicates a cast performed correctly. A loop with a distance of three feet or less between the top and bottom leg (fly leg and rod leg), and which is U-shaped or V-shaped, is considered a well-formed loop.

Of course there are times where you won’t want a loop that small and times when the loop changes shape unintentionally. Let’s consider a few of those.

Of course we could expound on casting loops for some time. But, these are the basics. By following these principles your next casting session will be more successful. Work to create good loops with as little energy as possible. Keep the legs of the loops parallel. And most importantly, have fun! If these things aren’t happening, think back to what a good loop is and how to create it.