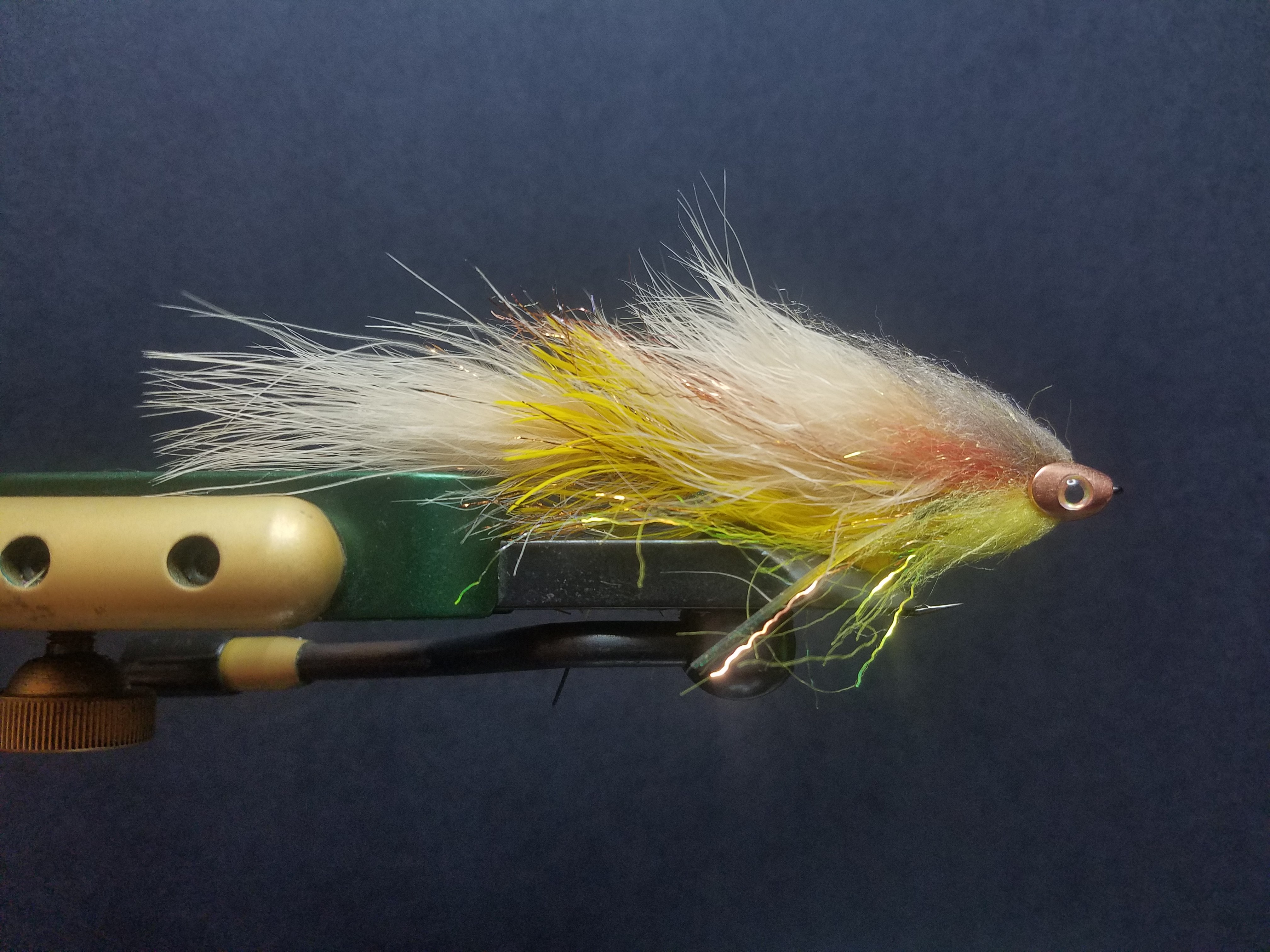 The MR Simba, or Mad River Simba, is a fly that’s been a long time coming. As with any fly I design, there was a specific purpose for both the fly’s profile and its action. I was looking for a fly that maintained a solid baitfish profile during quick stripping retrieves of the fly line, but fluttered enticingly during pauses or in lighter currents. I also wanted a fly that would work back to me with an erratic side-to–side motion, or dig and jig through buckets or ledges when I dropped the rod tip. Early versions of the fly had less layering and synthetic materials. They fished well but compressed too much on the strip and did not maintain the intended profile. It was the boom in synthetic materials that transformed this fly to what it is today.