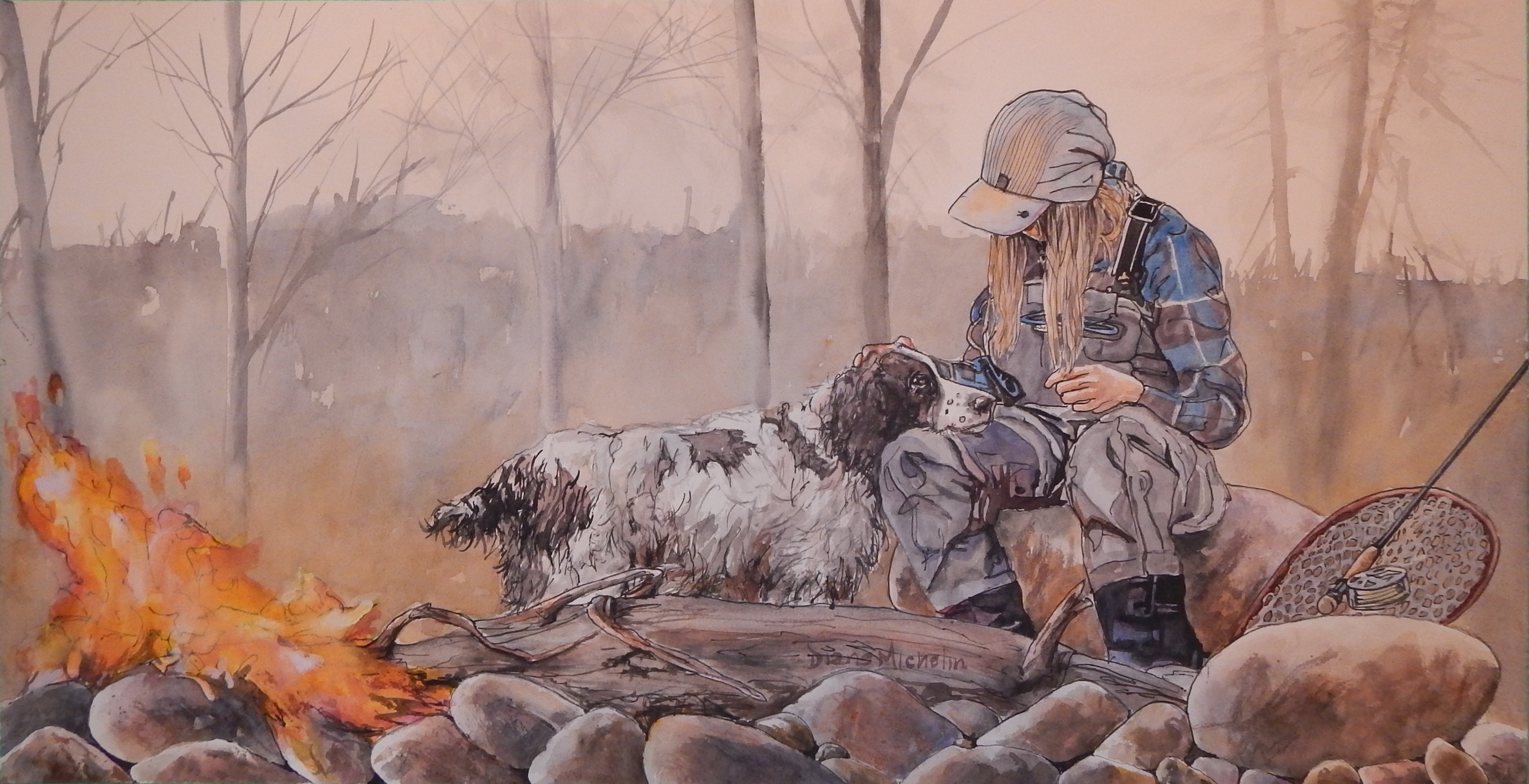 The great American philosopher and poet Henry David Thoreau believed nature to be a positive guiding force. He said, “I believe that there is a subtle magnetism in Nature, which, if we unconsciously yield to it, will direct us aright.”

I heard a quote the other day that made me stop and think. Frank Martin, who coaches South Carolina’s NCAA division one men’s basketball team, said, “You know what makes me sick to my stomach? When I hear grown people say that kids have changed. Kids haven’t changed. Kids don’t know anything about anything. We’ve changed as adults. We demand less of kids. We expect less of kids. We make their lives easier instead of preparing them for what life is truly about. We’re the ones that have changed. To blame kids is a cop out.”

I know this isn’t basketball. It’s fly fishing. But Martin may have touched on a truth here that runs deeper than both basketball and fly fishing-one I’d like to make sense of for my own sake really because I parent my children far differently than my parents parented me. And if I’m being completely honest, their parenting style was far more conducive to raising a child who enjoyed nature and fly fishing.

When I was nine, my parents let me ride my bike to Idlewild Lake a few times a week through the summer months. Idlewild Lake was about four kilometers from my doorstep, which placed the small lake on the exact opposite side of town. A factoid that means very little to most anglers but at one point in my life it meant everything to me. I often made the trek with my 11-year-old brother so we could fish for the day.

As a parent now, privy to all the potential dangers that could befall my sons, I unintentionally developed a double standard. I’d never let my nine year old ride his bike to Idlewild Lake. For starters he’d have to cross a highway and do the entire ride on roads with no bike lanes. He could be hit by a car, or worse, be approached by a stranger with a moustache wearing 70s style glasses driving a white van. Should he survive the deadly gauntlet, the little lake is on the edge of town where cougars and bears have been spotted, though not regularly.

As a child, I must have had good luck because I made the ride and none of these things happened to me. They could have but they didn’t. Instead, something else happened-I fell in love with fly fishing. After the first few trips I traded in my spin-casting rod and I grabbed my dad’s fly rod.

For a few summers, Idlewild Lake became my home. All I ever wanted to do was spend time there. The lake was chock-full of rainbow and cutthroat trout that I could catch from shore on most days, and on the hot days when the trout moved deeper into the lake, I’d make my way to the one of the docks on the lake where I could cast closer to the deeper sections of the lake. I guess I could say nature nurtured me. I even upgraded my gear and began to use a baitcasting reel, or something like that after I had been fishing for a while. I really got invested in it.

Looking back, I’d classify my parents as free-range parents. Their large pasture included the little lake on the edge of town, and they sent their kids out to explore knowing we’d return to the trough if we were thirsty enough.

A few years later at age 14 the pasture grew to include a stream 10 kilometers from town. My friends and I would get up early on summer mornings, tie our fly rods to our bike frames with binder twine, and then peddle the distance to the river to fish for westslope cutthroat. A few years later, once we could drive, we’d spend the weekends camping and fly fishing on the many streams and lakes in the area.

It’s possible that I could have been mauled by a bear while out on the river, though the odds of this are extremely infinitesimal (like one in a few million). Statistically, I would have been more likely to meet my demise swarmed by bees. It’s possible I could have been abducted by a stranger while riding my bike to the lake, though the chances of that are one in over 600,000, which means it’s almost twice as likely I’d die in a plane crash on the way to Disneyland on a family holiday. Aliens could have abducted me, but the chances of that are about one in eight billion (arguably higher if you believe in alien abductions). And being that I grew up in an area frequented by sasquatches (or at least people who claimed to have seen them), I may have also been the first child in the history of human civilization to be taken and then raised by the furry, mythological beast.

Ironically, the most dangerous way for me to get to Idlewild as a child was in my parents’ car (one in about 45,000 for the year).

In all seriousness I’d be lying if I said we never got into any trouble while experiencing nature as a child, though most of the time we simply fly fished. Through my childhood years I saw bears, fought off a German Shepherd with my fly rod, lost my footing wading in water I had no business wading through, got stuck on canyon walls, and encountered drunks looking for a fight. But these incidents eventually evolved into the “remember when” stories later on in life. They were the exception rather than the norm, and part of nature’s lessons letting me know the world is a fascinating place full of adventure.

To be clear, I’m not encouraging parents to send their nine-year-old children across town. My kids live in a different world than when I grew up. What I am saying is that in a culture overpopulated with overprotective, hypersensitive parents (of which I am one), we’re lying to ourselves if we think for a moment it’s healthier or safer to provide our kids with a room in the house filled with entertainment devices, where they spend the majority of their free time. For me, it might be a good time to re-evaluate the size of my parenting pasture.

Generally, as a culture, we’ve fabricated fun into a “safe” activity where our children can plug in. But I suspect the farther a culture walks along this path the more it will self correct. Like the learned detriments over consuming processed foods, so too culture will eventually recognize the detriments associated with over consuming a fabricated lifestyle.

The chances of a child never truly experiencing nature are quite real if they’re never exposed. What is the draw? Do the rewards outweigh the risks? As a parent only you can be the judge. The great American philosopher and poet Henry David Thoreau believed nature to be a positive guiding force. He said, “I believe that there is a subtle magnetism in Nature, which, if we unconsciously yield to it, will direct us aright.” Whether parents are the problem, like Frank Martin suggests, or kids are the problem, it’s pleasant to think that one possible solution might be found near a stream casting dry flies to trout.