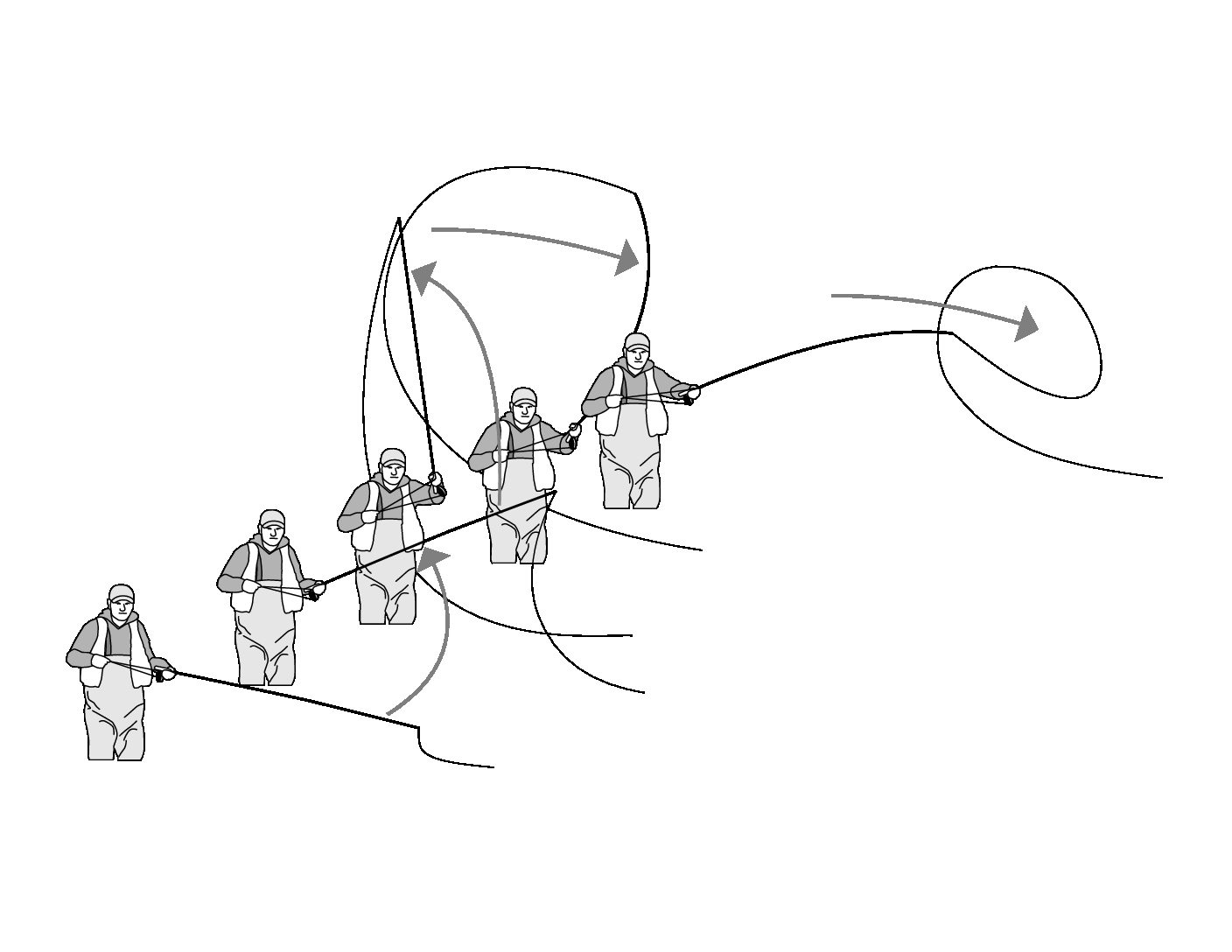 Not usually one to follow trends, I don’t wear skinny jeans (they are slim fit) or plaid (the lumber-sexual movement is so yesterday). The trendy nature of our society can give a feeling of whiplash to the unsuspecting. One day we hear something is hot and the next day it is not. Of course, fly fishing is no different, from cleverly renamed bobbers (sorry, strike indicators) to the niche world of fly rods. Amidst all of this are single-hand spey rods and techniques.

First, let’s be clear what spey casting is. It is a “live line” technique that requires an “anchor” on the water. That is admittedly broad. “Live line” simply means the fly line has energy in it which results in a cast that requires appropriate timing so that the energy is not lost and creates a D or V-shaped loop shape on the back cast. The “anchor” in the definition means that a portion of the fly line near the tip, anchors or holds the fly line to the water during a repositioning move with the energy in the line creating the loop shape in preparation for the next cast.

At this point if you’re a spey junky your eyes may be bleeding as you cringe over details I’ve left out. My goal is not to teach spey casting from the technical standpoint, but rather to share how easily, and possibly unknowingly, you can begin to experiment with spey casting. No special rod, fly lines or gear are necessary. Equipment you already possess will be sufficient.

For the foundation let’s start with the basic roll cast. Roll casting is defined by the lack of energy in the line, so it is a “dead line” cast. A basic roll cast has the following steps:

This is the defining moment for the roll cast. Because it’s a dead-line cast the caster can remain in this position indefinitely as long as the line stays in the same general position. The rod and line has formed the typical D-loop with no energy in the line. The cast can be executed as well at time zero as at time 10 minutes.

The roll cast is a basic cast, but its value cannot be understated. It has limitations, primarily in change of direction and distance, but understanding how to perform the roll cast consistently with a good loop is a necessity, and something new fly fishers should learn on day one.

From this point we can modify the roll cast and follow similar steps to accomplish the forward spey or switch cast. The biggest difference is the dynamic nature of the cast. It uses a continuous fluid motion with energy retained and transferred throughout:

The magic of spey casting is that it allows the caster to reposition the line (at an angle up to 45 degrees with the switch cast), maintain momentum in the line, and cast farther. These moves can then be modified to execute snake-roll casts, single-spey moves, double-spey moves and all sorts of snaps, anchors and other moves we will cover in future columns. It really is a whole new bag of tricks for the caster. Many single-handed casters do something similar to these moves without knowing they are doing them. With a little practice and intentional thought these casts can dramatically increase your fluidity and casting prowess on the stream. Practice these to create a foundation and we will build on it in the near future.