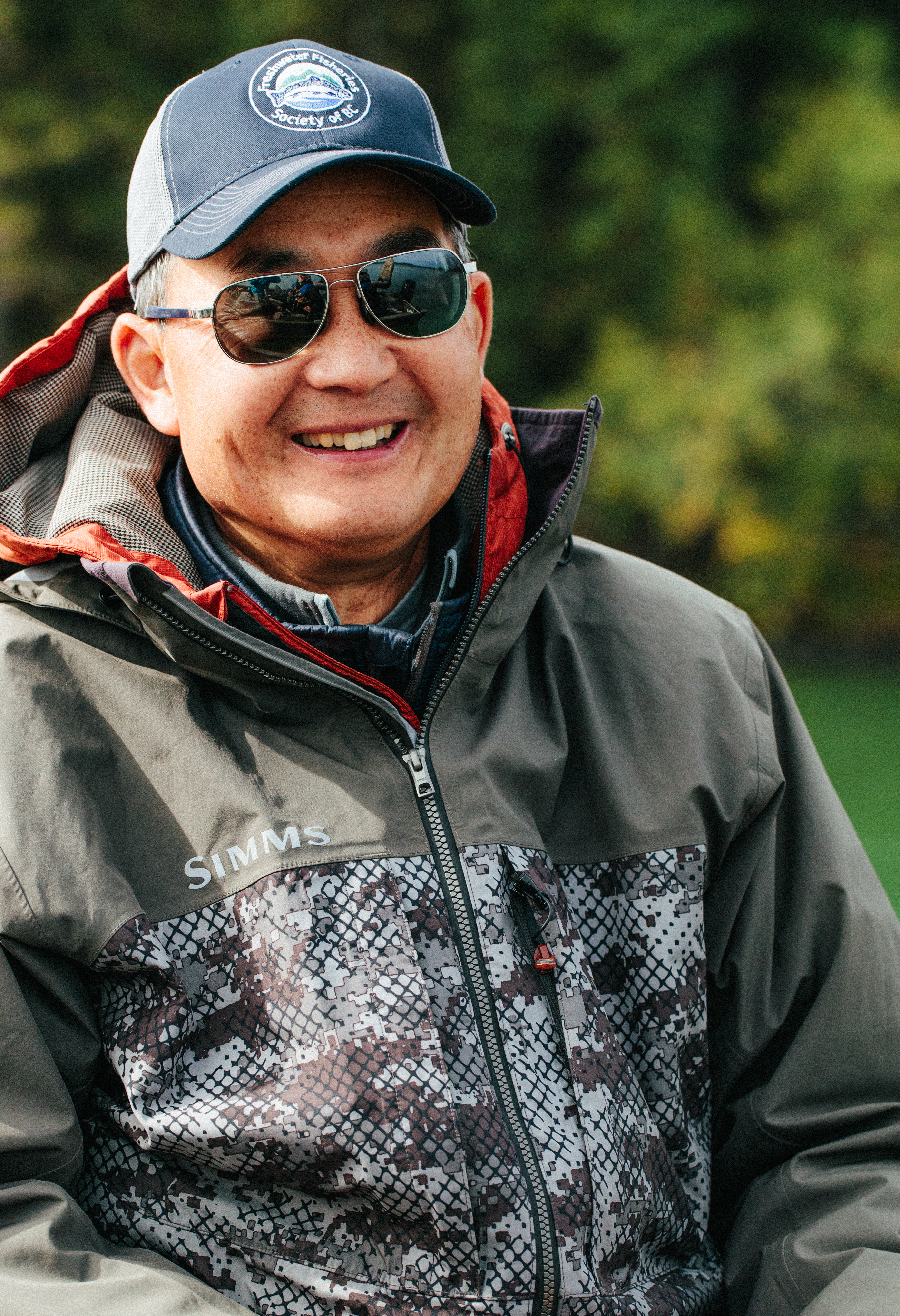 Understanding a little water chemistry and how it affects both trout and their food can lead to some great fishing even though it may not be dry-fly fishing or sight-fishing in shallow water.

Our sport continually evolves and a big part of that is experimenting with new tactics or tweaking existing ones to catch fish during the most challenging times. Summer is that time for the lake angler due in large part to seasonal changes in water chemistry. Once thought of as the dreaded “summer doldrums,” summer is now seeing renewed interest from stillwater fly fishers. Summer stratification or thermal layering of the water column can often be a deciding factor on where fish live and feed. Warming water temperatures, less usable feeding habitat and waning aquatic insect emergences are all outcomes of summer heat. However, understanding a little water chemistry and how it affects both trout and their food can lead to some great fishing even though it may not be dry-fly fishing or sight-fishing in shallow water.

Many of the most productive trout lakes in the western half of North America share a number of common ecological traits. These include relatively small surface areas, extensive shallow or shoal areas, nutrient rich water, and abundant plant and invertebrate life. The water in these shallow lakes tends to warm up during the summer and this has a significant effect on where the trout and other fish can live. As warmer air temperatures arrive the water stratifies, which simply means that the upper layers of water, known as the epilimnion, warm up due to the heat energy from the sun. Below the epilimnion lies the hypolimnion or the deeper parts of the lake, which do not receive any thermal heating. Lying between these two layers is a narrow band of transition water referred to as the thermocline. The thermocline is the zone where the water temperature drops quickly in just a few feet of depth. In small lakes the thermocline acts as an invisible barrier, preventing the upper layer of water from mixing with the deeper water. As a result, over the summer months the amount of oxygen in water below the thermocline can slowly decline due to anaerobic decomposition. In the worst case, oxygen levels may drop enough that fish can’t inhabit the hypolimnetic zone.

With this understanding of summer stratification you can see the value of having a depth sounder out on the lake. First, it allows us to see the thermocline, which usually establishes between 15 and 25 feet down, depending on water clarity. Bands of zooplankton, other suspended solids, and fish often concentrate along the thermocline. The fish are there because the water is cooler and oxygen levels are high. Second, a sounder also marks the presence of fish below the thermocline, telling you there is sufficient oxygen there to support fish life. To ensure the sounder is actually showing fish, it’s best to turn off the Fish ID feature so that real fish will show up as arcs when they pass through the cone of the transducer. Knowing this alone will allow you to try some relatively unorthodox fishing tactics.

During hot summer days the shallow flats or shoals of the lake may be barren of trout due to the warmer water and less-than optimal oxygen levels. However, as the sun goes down both air and water temperatures drop and by late evening the water may become cool enough for trout to venture back into the shallow water to feed. This is why fishing after the moon has come up – especially a full moon – can be an exciting time. The fish are searching out potential food sources, using their internal hearing mechanisms and sensitive lateral lines to detect location and size of prey. This is why casting and retrieving flies that create underwater waves as they move through the water are so effective. The pulsating action of patterns like Woolly Buggers emit sound waves that the trout zero in on.

There is also a good chance to run into a nocturnal caddis emergence, typically the big northern casemaker or Limnophilidae variety. This is an amazing hatch to experience as trout chase down the surface disturbances of the scrambling adults. Often it means casting to the direction of a rise that you have heard but not seen and then quickly retrieving the floating fly. Needless to say fishing this way in the dark results in a lot of break-offs.

Aquatic insect emergences are driven by warming water temperatures during the spring to early summer months. By mid-summer the majority of aquatic insect emergences have occurred. Exceptions include remnant caddisflies and deep-water chironomids. Both of these insects leave spent pupal shucks drifting in the surface film as tell-tale signs of a recent hatch. During those hot days it’s time to consider other potential food sources such as dragonfly nymphs. Dragonflies spend up to five years in the nymphal stage, so they are always an available food source. Prime emergence timing for them is early summer but immature nymphs are readily available all year round. One technique that is proving very successful is fishing nymphal patterns in deep water. Cast and retrieve dragonfly nymph patterns on type 6 or 7 full-sinking lines in water 25 to 40 feet deep, or wherever the sounder says fish are suspended. Spun deer-hair patterns are the number one choice for this tactic. Their buoyant nature creates an undulating action while being retrieved up through the water. This technique can be just as successful in the middle of the lake as it is along the edge of a steep drop-off. In other words, this is a deepwater searching tactic that takes advantage of fish that are dispersed and in less-than-optimal feeding habitat.

Zooplankton often become a staple diet item of trout during the hottest parts of the summer. Fish expend minimal energy to eat these tiny crustaceans. Zooplankton such as Daphnia can be found throughout the water column and are often located in dense masses at specific depths. Daphnia and other zooplanktons are impossible to imitate due to their minute size but trout can be fooled with brightly coloured “blob” patterns. These attractor flies are tied using Fritz and Daphnia Fritz materials in hot colours like sunburst orange, hot pink, chartreuse green and combinations of these. Perhaps these blobs suggest small clusters of daphnia, which the trout come up and inhale. Blobs can be slowly retrieved up through the water column using slow to fast-sinking lines, suspended under a strike indicator, or dangled from a full-sinking line. They can be fished at all depths with the same technique used with dragonfly nymphs.

Summer is a great time to experiment with new tactics and patterns. Having success during this traditionally slow period might make those hot months something to look forward to instead of something to dread.