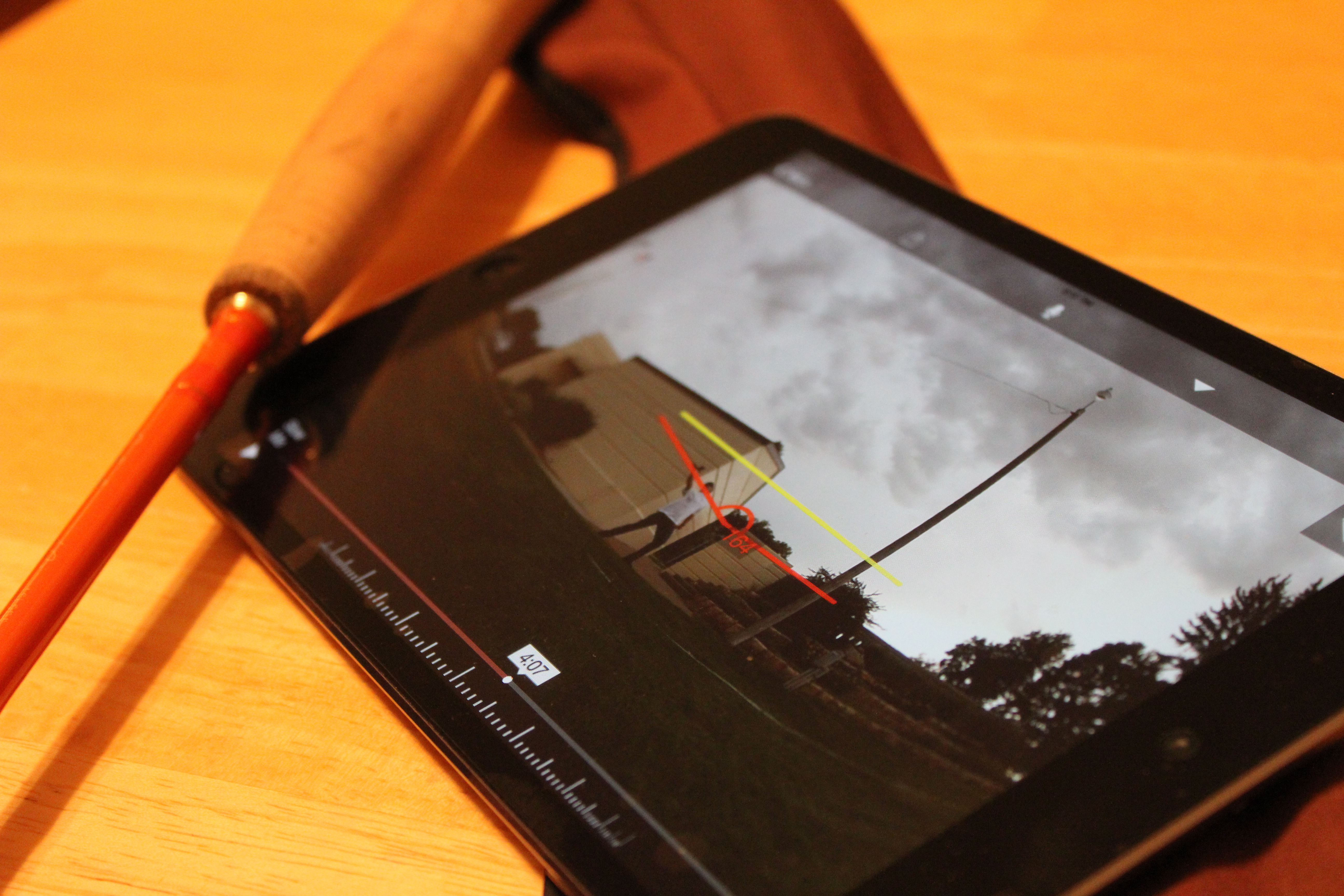 Fly Fusion casting editor Jeff Wagner shares a few of his secrets on how to improve your casting stroke.

Learning fly casting can certainly be frustrating, especially when trying to learn a new technique and even more so when trying to change an old habit. All of us have had the experience of trying to understand someone who’s describing something we can’t see. Fly casting is no different. When this becomes the challenge the best advice I can give is to observe your cast directly so you are able to make the mental and visual connection with your physical movements. All of us learn differently or at least learn more easily in certain ways. No matter how you best internalize and learn new information, using more of your senses helps you learn quickly and retain the new information.

Viewing the Back Cast

The most difficult part of the cast to observe is the back cast. While it is only half of the cast it is the most critical part, and sets up the forward cast. Without a properly executed back cast it is nearly impossible to make a good forward cast. Turning around to watch the back cast seems like an easy solution. However, there is a technique that makes this even easier. First, make a series of forward and back casts. Think about the timing of the “stop” and the loop unrolling. Then, when you have the timing established, make a back cast, stop the rod as normal, then turn to observe the loop unrolling. Remember that the loop is the diagnostic tool for your cast. If you turn your head while making the back cast the tendency is to move the hand in a curved horizontal path as you turn your head. When you turn to observe the back cast try not to move the rest of your body. Isolating the movements allows you to observe the cast without changing the casting stroke. Watching your back cast allows you to focus on executing it properly and making any improvements necessary.

Ground casting is very simple but beneficial when teaching and thinking through the casting motion. To do it, make a standard overhead cast. Then through a series of casts, gradually lower the rod from a vertical plane to a horizontal plane (parallel to the ground) while slightly increasing the speed of the casting stroke. The increased speed will help keep the line off the ground. The advantage to this technique is that you can observe the front and back cast from a stationary position. The disadvantage is that you are altering the plane of the cast and can’t duplicate the same scenario as you would when casting in a vertical plane. However, it is possible to make just a horizontal forward cast, lay the line on the ground, and then make just the back cast. Isolating the movements allows you to think through the steps of a more complicated move like a haul.

In our age of technology finding a video camera is not a problem. Just 10 years ago I can remember being at a fly fishing/fly casting competition with good friend and fly-casting mentor, Hutch Hutchinson. Hutch was helping my distance cast with video analysis. At that time we used a standard video camera and had to wait until returning home to watch the video. Today, most everyone has a video camera and still camera in their phone. If you are a casting junkie, this is just what the doctor ordered. The key to video analysis is to use a tripod or have someone with a steady hand record the stroke. Be sure to keep everything you want to observe in the frame. Record a few casts with the full body and all the line in the frame, and then zoom in and focus in on the arm and body and even more precisely, on just the arm. As you video the cast, call out what the loop is doing. Working from the entire frame of reference first and then focusing on just the arm or body will help the analysis and determine where any problems are. If you’re recording from a distance and getting all of the line in the air, you won’t see enough detail in the arm and rod. Likewise, if you only are capturing the arm or body with no line, it is likely you are not correlating the loop shape with the body movements.

Even more advanced are the recent iPad and tablet applications (like Ubersense) that allow you to video the cast and then draw on the screen with your finger to show corrections. These tools are now elemental to my teaching. The ability to take a video of the students, then to show them immediately and make corrective marks such as lines, arrows or circles on the screen, is very illustrative. This is where real teaching and improvement occurs.

An added benefit of video analysis is the ability to email the video to the student and other instructors. Of course it’s most beneficial to teach in person where you’re able to observe and correct in real time. However, that is not always possible and this is certainly the next best method.

One of my biggest challenges in fly casting has been a non-parallel loop in the back cast of my distance stroke. This comes from a lack of flexibility in my shoulder. Casting greater distances requires more and more stroke length. As I worked to achieve the increased stroke length I had to reach further back with my casting arm. As with most people learning to distance cast, when I reached farther back my elbow began to turn out, causing the hand, the rod, and the line all to follow. Of course the line follows the path of the rod tip and this throws the loops out of parallel. My solution was to cast in front of a mirror indoors with no reel or line attached. Much like video, this technique allowed me to directly observe my casting movements. However, unlike video it allows me to get instant feedback as I am casting while I am observing both the forward and back cast, and not changing my casting style. The technique is simple. With a 4-piece fly rod hold the grip normally and remove the top 3 sections. Now face the mirror and make the casting stroke. To analyze my issue of turning my elbow out I made the casting motion very slowly. This allowed me to diligently correct the mistake in slow motion. The key is controlled repetition to gain muscle memory. As you learn to make the movement, increase the speed. Once you feel you have mastered the move, put the reel and line on and go outdoors to try out the new skill. Start slow and build up speed gradually. Remember, you want to reinforce the good habits you have been working on, not reintroduce the bad habits you have worked so hard to eliminate.

The Power of Observation

As with anything else, in fly casting we can learn from others. Both having others watch you cast and having you watch others cast is beneficial. When a knowledgeable caster watches me cast I almost always receive some nugget of information from him. Likewise watching others cast can help you learn a new technique.   I find this especially beneficial when attempting to find your own style. We are to a great degree a product of those who have taught us. We naturally imprint from what they have shown and said. Watching others allows you to see a style that may be more to your liking. Casters often pick out which style is most advantageous to their body type by observing the movements of others. Again, with technology it is possible to simply perform a Google or YouTube search on “fly casting.” This will return a number of results, which can be great tools for learning new moves or improving old ones.

As you work to improve your fishing, remember that fly casting is critical. Become a student of the cast, learn how you move and why. Then use these techniques I’ve suggested to observe your own casts and solicit the feedback of competent fly casting instructors to help improve your casting.