Flat Out is a collection of the CAST family DIY saltwater flats fishing in Australia and some highlights from an exploratory trip to the Deep South of the Red Sea, Sudan. Have you voted for your Stimmies Awards favourite yet? VOTE TODAY! Winner will be announced October 8.

Filmmakers Chris Walley & Pierre Joubert take us dry-fly fishing for yellowfish in Africa! Smallmouth yellowfish are usually caught with heavy nymphs, right on the bottom. In this short film, we introduce a part of a river system where the fish have adapted to feed predominantly on the surface.
Make sure to watch all Stimmies 2021 Top-12 finalists and VOTE today. Winner will be announced October 8th.

Time is our most valuable asset that we possess, once spent, we can never get it back. Like fatherhood, spent wisely, it will return tenfold. Being a father is a privilege, and one not taken lightly for Quinn Styles. Join Quinn and his son Jack as they spend the day fishing for brown trout, spending their valuable time together! 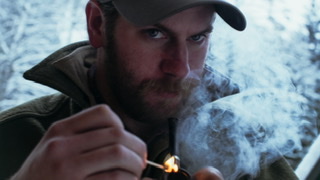 We’d like to congratulate “Josh and the River” by Ross Bodenmann for receiving a Silver Award in the 2020 Stimmie Awards. You can watch the full film over at Fly Fusion Streaming.

From the filmmaker: Josh Hansen shares the importance of story-telling passed down through family, a value for the environment and the animals he shares it with and an appreciation for the process of hunting and fly fishing. 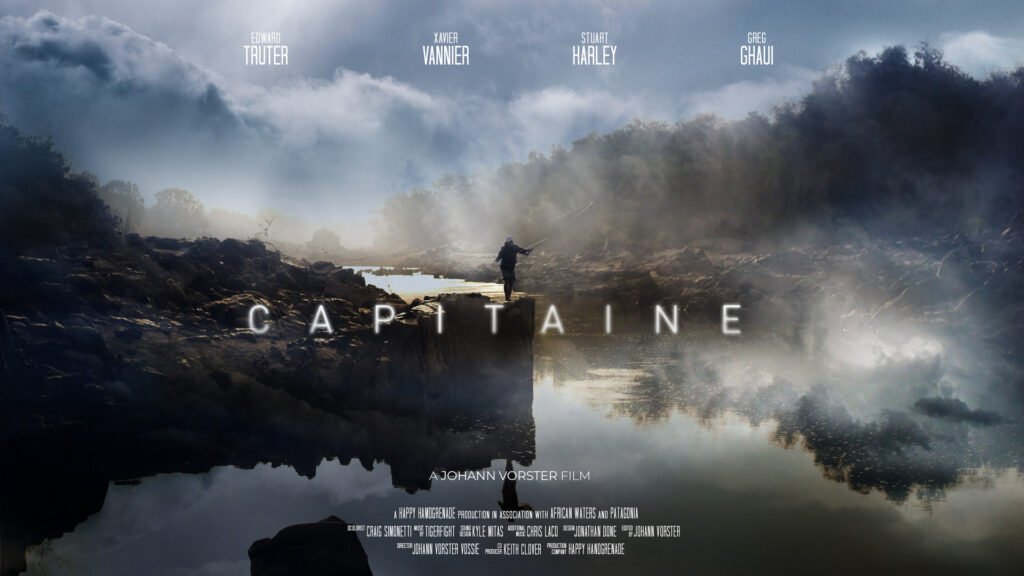 Today’s finalist for the 2020 Stimmie Awards: “Capitaine” from Johann Vorster.

From the filmmaker: Imagine a fish so big that some call it the elephant of the river. Imagine it inhabited the waters of 1/4 of the African continent in vast numbers. Now imagine, that largely unseen to the developed world, a wave of humanity has reduced all the rivers and surrounding landscapes to skeletal remains.

But, right in the middle of it all, there’s a wilderness that has beaten the odds, a haven that is a window into the past of how all of Western Africa’s savannas once were. Journey with a group of fly fishermen to this very special oasis to witness an explosion of life, where the end-goal is to help protect it all through fly fishing tourism.

As one of the finalists in the Stimmies Virtual Vote, “Capitaine” is now open to public voting. You can cast your ballot for this film over at the International Fly Fishing Film Festival website.

Up next is another finalist for the 2020 Stimmie Awards: “Big Land” from Chase and Aimee Bartee.

Big Land is the story of 4 friends embarking on the adventure of a lifetime in search of a wildness seldom found in the urban sprawl of the Anthropocene. In an effort to better understand America’s first sport fish, and the eastern seaboard’s only native trout, filmmakers and anglers Chase and Aimee Bartee lead a canoe expedition into North America’s last great and unexplored frontier; Labrador. There’s only one problem, they’ve never even paddled a canoe before.

Driven by a 15 year old rumor of an untouched and forgotten Brook Trout nirvana, Chase and Aimee, accompanied by Chris Sinclair, a Nova Scotian fishing guide and Dylan Markey, a registered Maine whitewater guide journey into the unknown. Injuries, bear encounters, hordes of bloodthirsty insects and dangerous weather force the team to adapt quickly to their new sub arctic home, or risk returning empty handed. With the fish proving to be as elusive and fleeting as the dancing Aurora above them, the crew soon discovers that their experiences on the Labrador tundra are bigger than any one fish, person, or adventure. They find themselves journeying through culture and time, trading in the shackles of the modern world for a life lived more deliberately, aligned with the rhythms of the river.

As one of the finalists in the Stimmies Virtual Vote, “Big Land” is now open to public voting. You can cast your ballot for this film over at the International Fly Fishing Film Festival website. 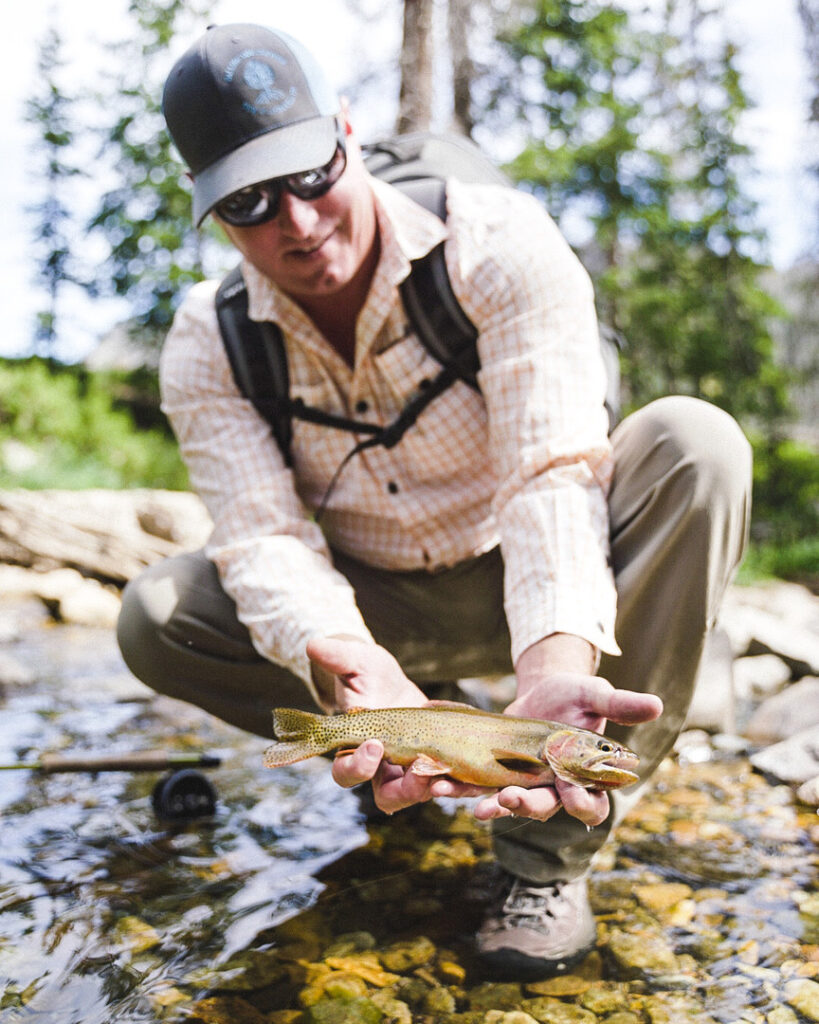 Today’s finalist for the 2020 Stimmie Awards: “A Warrior’s Story” from Cameron Cushman.

From the filmmakers: A Warriors Story tells the story of Will Cannon, a U.S. Army Cavalry Scout Veteran who spent time in both Afghanistan and Iraq as a soldier and then again in the civilian sector as a contractor.

After his time in the service he was diagnosed with cancer and during his treatment he found how powerful the outdoors are and what they can do for not only him but for all of those dealing with trauma. This is when he decided he needed to start a foundation that provides these important needs to other combat veterans.

When he formed The Iron Freedom Foundation, a Midland Texas based non profit, they were doing kayak fishing trips throughout the hill country on rivers such as the Devils and the Guadalupe. The organization has plans to branch into multiple outdoor activities such as fly fishing, backpacking, and hunting in the future, outside of the already successful kayak fishing trips.

On this trip, Cameron brought Will to the Rio Grande National Forest of Colorado in pursuit of native Rio Grande Cutthroat trout. They are joined by John Brandon, a Marine, and Marcos Mazzola a Venezuelan filmmaker.

This film was created in hopes of showing not only the power of the outdoors, but to share Will’s story in hopes of inspiring others to find organizations like The Iron Freedom Foundation.

As one of the finalists in the Stimmies Virtual Vote, “A Warrior’s Story” is now open to public voting. You can cast your ballot for this film over at the International Fly Fishing Film Festival website. 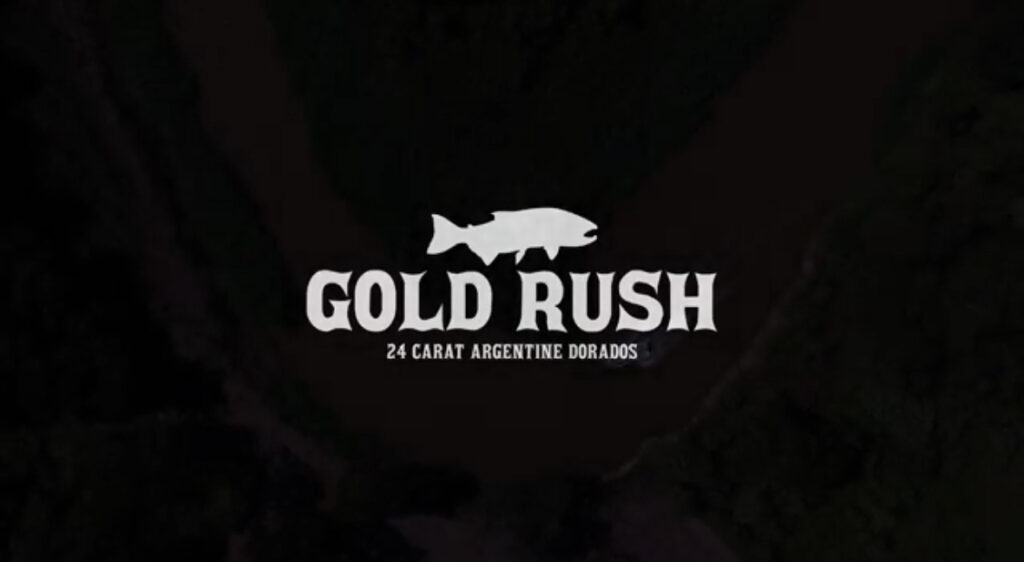 We’d like to congratulate “Gold Rush” by Callum Conner for receiving a Silver Award in the 2020 Stimmie Awards. You can watch the full film over at Fly Fusion Streaming.

From the filmmaker: Gold Rush is a fly-fishing film about golden dorado on the expansive waterways of the Rio Parana. 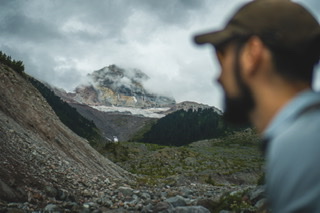 The next finalist for the 2020 Stimmie Awards is: “Anyone’s Adventure” from Teddy Cosco, Maddie Cosco, and Lindsay Derer.

In this short film, we aim to capture an everyman’s journey from the office, through the beauty of the BC backcountry, to the first cast and catch (and release).

During the week, many of us work in the city, sitting at a desk, counting the minutes until we can get out on the water. Critical to this storyline is highlighting the accessibility afforded by the network of well-kept trails and campsites that lead to the pristine waters in BC. In the film, many kilometres of spectacular hiking trails, stunning glacial scenery, and a range of weather conditions are on display throughout a multi-day backpacking trip before arriving at the final destination: a remote alpine lake. A large part of the allure of fishing is the journey itself: it’s not just about catching big fish. As such, the beauty of the experience leading up to that first cast is featured; an experience that is accessible to anyone with a sense of adventure.

This everyman tale concludes with a return to reality in the city and an acknowledgment that there’s no limit to the extraordinary weekend getaways at our fingertips in this awe-inspiring province.

As one of the finalists in the Stimmies Virtual Vote, “Anyone’s Adventure” is now open to public voting. You can cast your ballot for this film over at the International Fly Fishing Film Festival website. 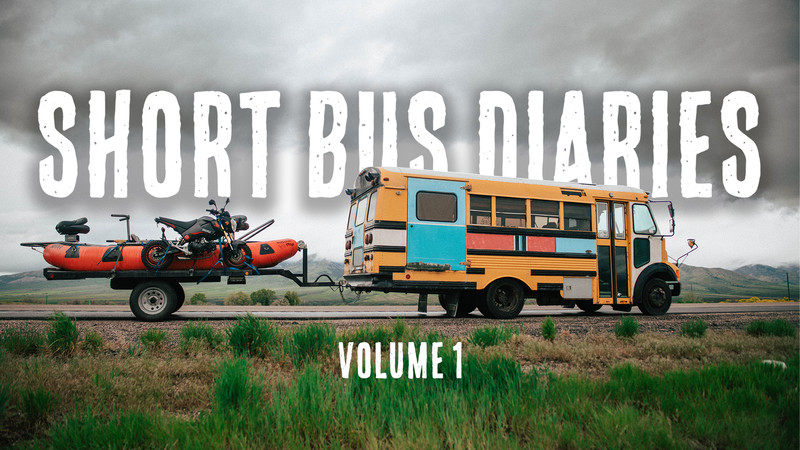 We’d like to congratulate “Short Bus Diaries, Vol. 1” by Scottie Finanger and Bryant Patterson for receiving a Silver Award in the 2020 Stimmie Awards. You can watch the full film over at Fly Fusion Streaming.

From the filmmaker: Short Bus Diaries is a film about four dudes, a shanty old bus, and endless miles of river to explore. The goal is to find an old short bus and convert it into the ultimate adventure vehicle. It may not be the best suited for the job but it still gets it done. Before the bus could go on any major adventures, it needed a test run. So, what better spot to test it out than the Idaho salmonfly hatch.